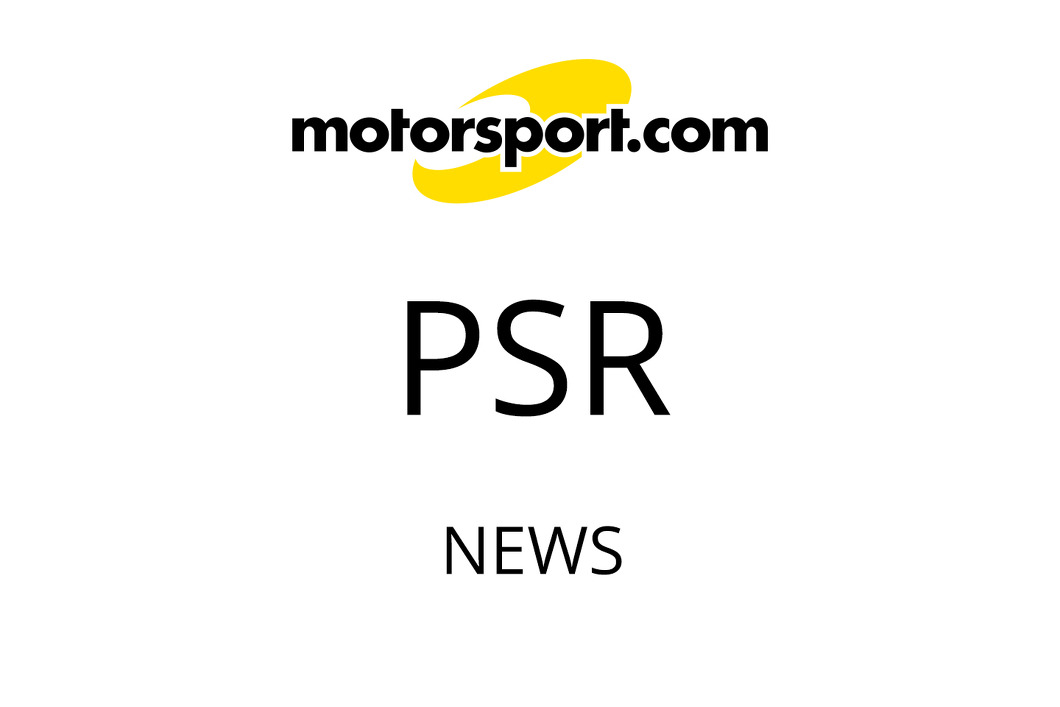 SPORTSCARFAX Vol. 2, No. 19 22 August, 1997 COUNTDOWN TO THE MOSPORT FESTIVAL AUGUST 28-31, 1997 PIT STOP COMPETITION IN DOWNTOWN TORONTO -- A pit stop competition with two Exxon World SportsCar Ferraris will be held in front of the North ...

PIT STOP COMPETITION IN DOWNTOWN TORONTO -- A pit stop competition with two Exxon World SportsCar Ferraris will be held in front of the North York City Hall on Yonge Street, Monday, Aug. 25. The competition will feature Canadian driver Ron Fellows, who will be driving a Ferrari 333SP at Mosport, against teammate Rob Morgan. In addition to the pitstop competition, the Exxon Supreme GTS-1 Ford Mustang Cobra of Scott Maxwell and the SPEEDVISION Cup car of Devon Powell, will also be on display in Mel Lastman Square. Rob MacDonald, an up-and-coming Canadian driver will also be on hand. The two curb lanes of southbound Yonge Street will be closed south of Park Home Ave., adjacent to Mel Lastman Square, from 10:30 a.m. until 2:30 p.m. The event is co-sponsored by The North York Mirror and Q107 Radio.

TEST DAY -- A SportsCar-sanctioned pre-race test day (open to all SportsCar competitors) is scheduled on Wednesday, August 27, from 9:00 am - 5:00 pm. The fee is $400 U.S. or $520 Canadian per car. Registration will be handled at the track in the paddock.

BRIDGESTONE & PLAYER'S AT MOSPORT -- The revitalization of Mosport continues with new sponsorship from Bridgestone and Player's, two of Canada’s leading supporters of motorsports. Bridgestone has taken over the sponsorship of the pit lane tower, which is now known as the Bridgestone Tower, while Player’s Ltd. Racing becomes the sponsor of the infield leaderboard.

PADDOCK APPEARANCE CONTEST -- In an effort to improve the fan experience at SportsCar races, a paddock appearance contest has been instituted for all SportsCar entrants, beginning with Mosport. SportsCar will have each track appoint two employees of that venue -- with an impartial opinion -- to be the judges of that particular race weekend. The judges will look for things such as overall appearance of crew, rig, etc. and compliance with all required series identification. Winners will be announced at the following event and will receive a free test day, case of champagne, CD player and CDs from Warner Bros.' family of artists. Details will be available at the SportsCar trailer.

COMPETITION BULLETIN #7 -- Per Competitors Bulletin #7 that was issued today, SportsCar is eliminating race day warm-up sessions. Consideration will be given to a hardship lap for cars which have made significant mechanical repairs. Also, all remaining Exxon World SportsCar Championship races, including Mosport, will be two hours. The one hour, forty-five minute format will continue in the Exxon Supreme GT Series for the remainder of this year. In order to keep Saturday's on track activities under 12 hours, the start of the Mosport SPEEDVISION Cup race has been moved to 5:00 pm.

LIGHT RACING HOSTS TEENS AT MOSPORT PARK -- Motorsports Ministries' Light Racing Division announced that they will sponsor a group of teens from the London, Ontario area at the Mosport Festival. The group will be exposed to a message of positive moral values shared by the drivers they meet ... "Light Racing has provided similar 'day at the track' opportunities for young people at various venues across the country," said Richard Anderson, President of Motorsports Ministries. "This year similar groups have met drivers from both Professional SportsCar Racing, Inc. and SCCA's Pro Racing Trans-Am Championship at Lime Rock Park in Connecticut, at Watkins Glen International in Watkins Glen, New York, and at the Minneapolis street course in Minneapolis, Minnesota. We are thankful to the sanctioning bodies and the drivers for their support of this program."

CANADIAN CUSTOMS -- Per the Supplemental Regulations, USA-based teams should follow these procedures: 1.) Prepare an inventory list of everything you are bringing across the border, including your rig and race car(s). 2.) When you reach the border, tell Customs officials you are racing at Mosport and provide them the Bond #35-738707. 3.) Complete an E29B form that they will provide. 4.) When you are leaving Canada after the event, you must remember to stop at Canadian Customs and cancel the Bond.

STARTING DRIVERS/DRIVER CHANGES -- Per the Mosport Supp Regs, all entrants for all classes in all races must submit the name of the driver who will start the race in his/her car within one hour of the completion of final qualifying for their respective car by recording it on the tech card for that car at the tech impound area ... Also per the Mosport Supp Regs, each entrant or his/her designated representative should inform a person designated by SportsCar of an impending pit stop which will include a driver change within a minimum of two laps prior to the stop. The team manager or crew chief must sign the pit stop report advising work completed and names of drivers into and out of the car. The pit stop report form must be submitted to the designated pit marshall ... Both of these policies are designed to provide more accurate and better television coverage of SportsCar events. Questions concerning these policies should be addressed in pre-race team managers/crew chiefs and driver briefings at Mosport. Your cooperation is extremely important and greatly appreciated.

EXXON WORLD SPORTSCAR NEWS NEC TO SPONSOR DOWNING -- NEC America Inc.’s Wireless Voice Terminals Division (i.e. cellular) has become the primary sponsor on the Downing/Atlanta Mazda team for the remainder of the season. "NEC is constantly looking for innovative ways to promote and market our cellular products," said Jose Sosa, Marketing Director for NEC America’s Wireless Voice Terminals Division. "The Downing/Atlanta World SportsCar team sponsorship provides the perfect link between NEC’s state-of-the-art, high-tech cellular products and the increasingly technical, high-intensity sport of auto racing." NEC will allow its retail partners to participate in co-sponsorship opportunities when the series comes to their markets, allowing them to reach a broad base of technology-friendly consumers with a keen interest in using cellular products and accessories. In addition to sponsoring the Downing team, NEC has extended the reach of their sponsorship by becoming a Corporate Member of SportsCar.

SPEEDVISION CUP NEWS 17 of the 35 drivers who have won in this year's SPEEDVISION Cup are first-time winners in the series. Alphabetically, they are: Terry Borcheller, Mike Courtney, Mike Doolin, Mike Fitzgerald, Scooter Gabel, Chuck Goldsborough, Taz Harvey, Jim Jordan, Marc Lawrence, Anthony Lazarro, Greg Loebel, Jeff McMillin, Steve Nowicki, Scott Peeler, Chuck Snipes, Craig Stanton and Rob Vining. Terry Earwood has now started 116 SPEEDVISION Cup races -- more than any of the 2,324 drivers who have competed in the series. Andy Pilgrim, the 1995 Grand Sports class champion, will try to extend his all-time SportsCar record of 98 consecutive race finishes in six series. The major portion of that record is 45 consecutive finishes in SPEEDVISION Cup races. Eric Van Cleef has qualified on the front row in his class for the last ten consecutive SPEEDVISION Cup races -- five Sports class races in 1996 and five Grand Sports class starts in 1997. The 1996 Sports Class driver champion, Van Cleef holds the GS qualifying records at Daytona and Road Atlanta, and the Sports class records at Mosport and Dallas. John Heinricy, defending champion of the Grand Sports class, leads all drivers with 3,827 overall race miles led since the series' inception in 1995. Did you know that Heinricy is assistant chief engineer for the 1997 Chevrolet Corvette?

TEAM BROCHURES/QUESTIONAIRE -- The new marketing brochures created specifically for team’s competing in SportsCar have been mailed to all SportsCar entrants. Please complete the questionaire that is enclosed with the brochures and return it via fax to the SportsCar office in Los Angeles: (310) 712-3033. If you are interested in acquiring additional copies of the brochures, contact Susan Starzyk, in the SportsCar Marketing Department: (813) 877-4672, extension 236.

PETER LYON JOINS IMSG -- Peter Lyon has joined IMSG as Vice President, Legal and Risk Management. Lyon will manage all insurance programs and the provision of corporate legal services for IMSG and its affiliates ... "As IMSG continues to grow, our risk management and corporate legal needs are growing concurrently," said Andrew Evans, Chairman of IMSG. "Peter’s extensive experience and knowledge of legal and risk management affairs in the motorsports industry make him the ideal person for the task" ... "I am enthusiastic about the direction that IMSG is heading and impressed with the management team that has been assembled," said Lyon. "I look forward to great things for the organization and hope that I can contribute to our success" ... Lyon joins IMSG after five years as General Counsel/Insurance Manager for the SCCA, where he also oversaw the SCCA Pro Racing Court of Appeals. Prior to joining the SCCA, Lyon practiced law and served as an insurance claims representative.

JOHN MCLOUGHLIN NAMED TECHNICAL DIRECTOR -- John McLoughlin has joined SportsCar as Technical Director and will be assisting the sanctioning body with the formation and administration of all technical regulations ... "John is an accomplished team manager and race engineer with impressive credentials and tremendous respect from his peers," said Doug Robinson, SportsCar’s Vice President of Race Operations. "We’re certain that his experience in GT, Formula One and sports car racing will benefit everyone involved in Professional SportsCar Racing" ... "This is an exciting time to be involved in sports car racing in North America," said McLoughlin. "I am committed to working with the teams and manufacturers to provide the basis for equal and fair competition" ... McLoughlin joins SportsCar following an extensive motorsports career in both North America and Europe. In North America, McLoughlin was Team Manager and Chief Engineer for the Zakspeed Roush Ford IMSA GTP program from 1980-1983. He performed the same duties for McLaren North America’s BMW GTP program from 1983-1986 ... His experience in Europe includes serving as a Benneton Formula One team Race Engineer and Engineering Manager from 1986-1990. From 1990-1995, he was Chief Engineer/Race Engineer/Designer for Tom Walkinshaw Racing, where he was involved in the team’s programs with Jaguar in Group C and IMSA, Mazda in Group C, Volvo in Touring Cars and the TWR Porsche Le Mans car. From 1995-1997, McLoughlin was with the Schubel Engineering team as Technical Director and Race Engineer, responsible for the Ford two liter super touring wagon program and designer of their current two liter British and German factory touring cars. Most recently, McLoughlin directed the Schubel team’s Porsche GT1 effort in the FIA GT Championship.

KEITH WARD NAMED VICE PRESIDENT OF COMPETITION -- Keith D. Ward, a veteran of 29 years as a race official with the United States Auto Club (USAC), has joined SportsCar as Vice President of Competition. Ward begins his duties at next weekend’s SportsCar race at Mosport, where he will be responsible for all on track activity and the enforcement of all technical and competition rules ... "Keith Ward is among the most respected officials in all of motorsports," said Jack Long, President of SportsCar. "We’re certain his integrity and presence at our races will benefit everyone involved in SportsCar -- teams, drivers, promoters, sponsors and fans." ... "This is a tremendous opportunity for me to utilize my knowlege and experience to help SportsCar realize its full potential," said Ward ... During his 29 years as a USAC official, Ward held positions of Track Observer, Assistant Chief Observer, Steward and Chief Steward. He became Steward in 1980, working with Tom Binford, the Chief Steward of the Indianapolis 500 until his retirement in 1995. Ward was appointed USAC’s Chief Steward and Operations Director for Indy Racing League events in 1996 ... He is a graduate from General Motors Institute in Flint, Michigan with a bachelor of science degree in Industrial Engineering. Ward worked for General Motors from 1957 to 1964, when he joined Ford Motor Company. He returned to General Motors in 1967 and retired from there in June, 1992 after 32 years in the area of sales, service and marketing.