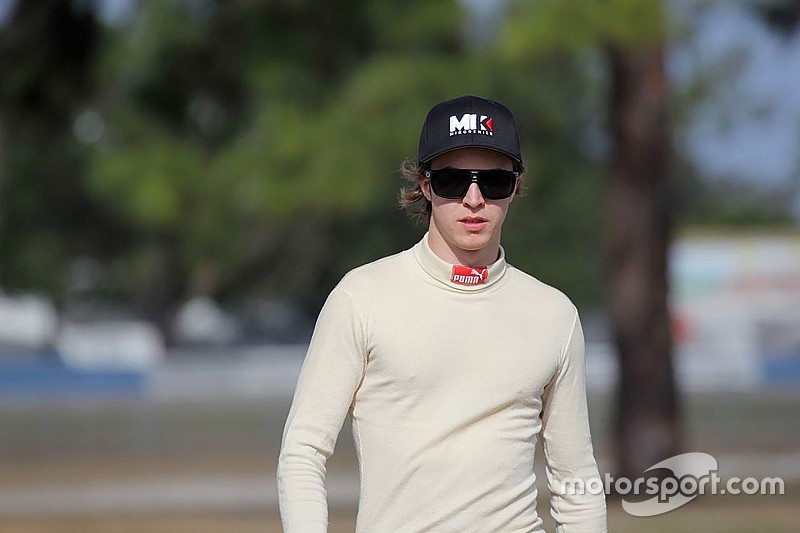 Back in March 2014, Canadian race car driver Mikaël Grenier was making the headlines when he was signed as an affiliate driver by IndyCar team, KV Racing Technology.

Since then, nothing. After Grenier tested a KV Indy car on Sebring’s road course, he failed to find the required budget for the team to enter an additional car for him at some of the races.

Two years later, he is about to relaunch his career. The former Formula BMW, Star Mazda and Indy Lights participant will contest the Italian Porsche Carrera Cup this season.

Grenier, from Stoneham, Quebec will be driving a Porsche 911 entered by Tsunami Racing in the Italian Cup. This all happened by pure chance. Grenier was in touch with Andries Moedt of Motorsports Recruitment. It’s Moedt, from the Netherlands, who told Gernier that a Porsche would be available. Then, Daniele Tartoni, who worked in Formula 1 with teams Toro Rosso, Ferrari and Mercedes AMG, invited Grenier to test the 911 in Europe.

Grenier tested the car with other protects. The Quebecer was chosen for the drive and he will participate in his first official test session next week at Misano. The 14-round championship will be held over seven meetings, and the opening race will be staged in Monza, April 30th and May 1st.

“The Italian Porsche Carrera Cup will provide me with very good visibility in Europe, and that could open doors for me to race in other series and become a professional driver”, Grenier told Quebec City’s Le Soleil newspaper.