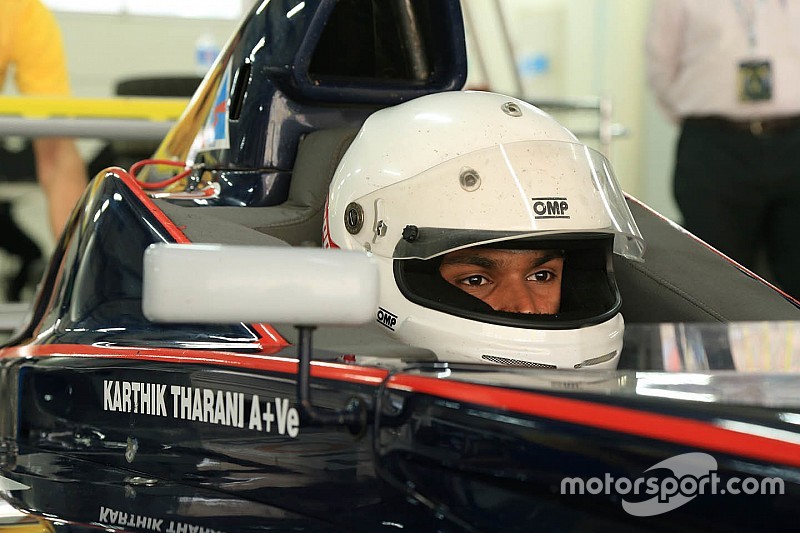 Reigning MRF F1600 champion Karthik Tharani will prioritise single-seaters for now but has an eye on international touring car championships for the future.

Continuing for the second year in the F1600 championship, the Indian is aiming to win the title again and earn the Road to Indy shootout shot, to be held at the end of the year.

Along with that, the Chennai-based driver is trying hard to secure a drive in the BRDC F4 and the newly launched F4 SEA championship - but both looking unlikely for 2016.

“In British racing, you have all the talent. And I think it’s very fair to say that BRDC F4 is being looked at very seriously,’’ he told Motorsport.com.

“It’s having the same effect as F3 had last-to-last year when Max [Verstappen] was there. With the new cars and everything. They have brilliant grids.

“But BRDC F4 has a team concept. So, you have to be with a good team to win. And the budgets are very steep.”

“So, it’s definitely not happening this year. But that would be a dream - to be a part of BRDC F4,’’ he added.

With BRDC F4 looking a distant dream, the 22-year-old is pushing 'flat out' for a seat in F4 SEA, which he believes can emerge as a major stepping stone for Indian drivers.

“It’s a good stepping stone for Indian drivers since it’s in Asia. And the budget of $100,000, which they are saying right now, is pretty good.”

“I feel one-make at this point of time is good [unlike BRDC] because it’s equal and the talent comes out.

"In other F4s the team really matters. If you are with a good team, you have good chance of success,’’ he explained.

While Tharani is pushing to continue in single-seaters, he hasn't ruled out a touring car switch in future should there be no progress in his open-wheel career.

“I’m looking at more options of single-seaters because I have to come to realize that if you can drive a single-seater fast enough, you can pretty much drive anything else,’’ said Tharani.

“You can drive a touring car, but you have to have a special thing to drive a single-seater.

“Hopefully, I can someday go back to touring car internationally.

“At the moment I would like to gain as much experience in single seaters internationally, before jumping to touring cars,’’ he added.

Karthik competed as a guest driver in the Volkswagen Polo GTI Cup in China last year, his first international competition, where he impressed the touring car contingent present there.