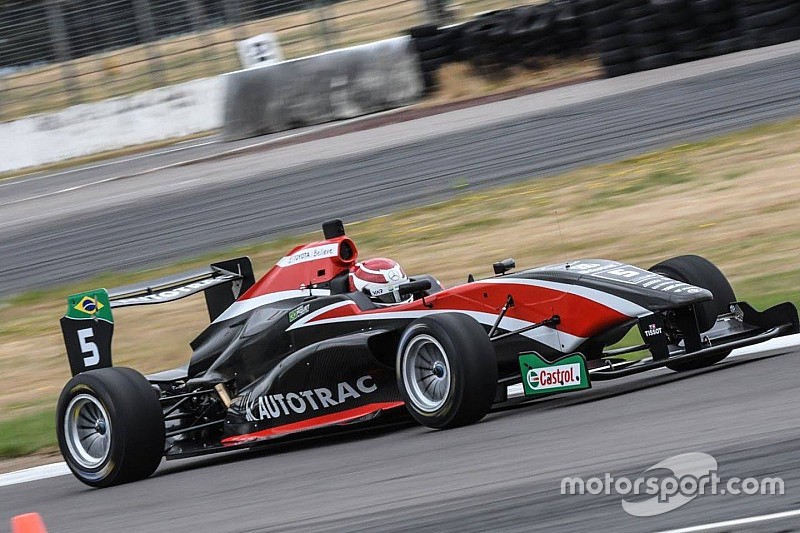 European F3 regular Pedro Piquet was victorious in the second, reverse-grid Toyota Racing Series race at Taupo from second on the grid.

Piquet jumped ahead of pole-sitter Kami Laliberte at the start and kept the lead throughout the entire race.

He could not initially pull away from Laliberte but the Canadian dropped down to 10th on Lap 6, giving second place to Thomas Randle.

The safety car came out shortly afterwards as a result of a car stopping on track at Turn 9, leaving only four laps to go at the restart.

While the leading duo was separated by just half a second at the finish, it was Piquet crossing the line in first ahead of Randle.

Force India's Jehan Daruvala was third followed by Marcus Armstrong, who was attacked by Brendon Leitch in the late stages.

Richard Verschoor only gained two places during the race to take sixth and give up the championship lead to Randle.

TRS rookie Enaam Ahmed was seventh ahead of Luis Leeds, Thomas Neubauer and Keyvan Andres, who passed Laliberte for the final top 10 position.