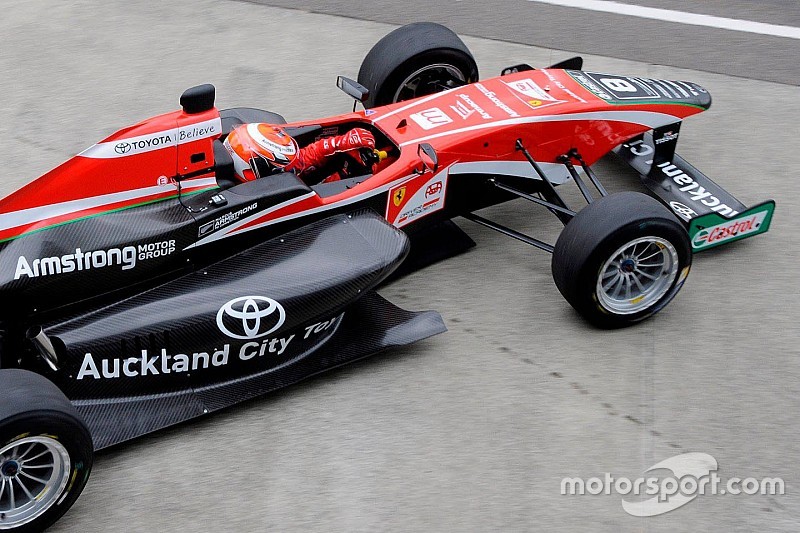 Armstrong headed an all-M2 Competition podium in the final race of the off-season series' penultimate round.

The Kiwi started on the front row and cleared poleman Jehan Daruvala off the line, before a turn one incident further back in the pack triggered a stoppage.

American Kory Enders was ruled out of the race, his exit necessitating a brief red-flag stoppage.

As the race restarted, Armstrong managed to establish a 1.5-second lead over Daruvala in the first full green flag lap - but while the race leader's advantage over third-placed Ferdinand Habsburg grew rapidly from that point on, Daruvala looked capable of keeping pace with Armstrong.

The Indian had made some inroads before giving up a second to a lock-up on lap 10, just ahead of the race's halfway point.

By the closing stages, he had recovered the lost ground only to drop more time, Daruvala going on to finish almost seven seconds adrift of Armstrong.

Despite that, the Indian was under no pressure for second whatsoever, as he had built a massive buffer over teammate Habsburg, who was working to keep points leader Tom Randle and Pedro Piquet at bay - and was ultimately successful in doing so.

Taylor Cockerton followed Randle and Piquet home in sixth, having passed Richard Verschoor as the Red Bull junior then held off Brendon Leitch for seventh.

Kami Laliberte took ninth, while Harry Hayek picked off Enaam Ahmed for the final spot in the top 10.

With one three-race round remaining on the schedule, Randle has pulled out a 27-point lead over Verschoor, with Piquet four points behind the Dutchman.

Armstrong and Daruvala also remain with a realistic title challenge, both say just over a race win's points haul away from Randle.