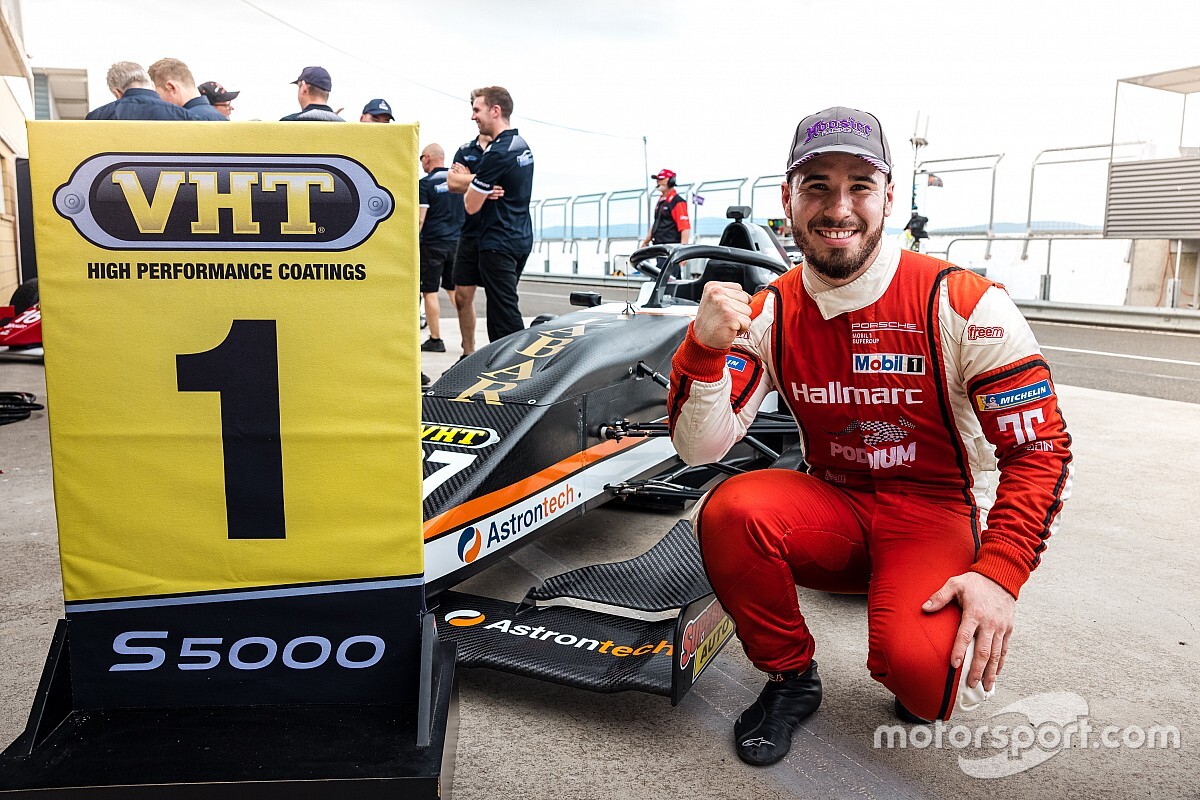 The Europe-based Porsche ace made a perfect start to opening heat, out-dragging polesitter Randle into the first turn.

Mawson didn't have long to try and build an advantage, though, with third-placed Nathan Herne triggering the safety car with a spin at the start of the second lap.

When the race got going again on Lap 6, Mawson and Randle settled into a tense, nose-to-tail battle. But while Mawson was never able to properly shake his Team BRM teammate, Randle was never able to close enough to mount a genuine challenge for the lead.

In the end Mawson took a 1.5s win on his S5000 debut, the result coming just days after he got out of hotel quarantine following his arrival back in Australia.

"I didn't expect to get such a good start, because obviously I haven't done a lot of practice starts," said Mawson. "That was a surprise. I knew Tom would be quick, so it was really good to hold him off. I couldn't have asked for a better start."

The former Supercars full-timer was able to reclaim third spot with Herne out of the picture, but didn't have an answer for the pace of the top two. He ended the race more than five seconds behind the winner, while the gap back to fourth-placed Ricky Capo was more than two seconds.

Tim Macrow made up two spots to finish fifth ahead of Luis Leeds and Tommy Smith.

The S5000 action continues tomorrow with two more races at Symmons Plains, both of which will be streamed live and free by Motorsport.tv.