Kaleb Ngatoa became the sixth different race winner of the 2021 S5000 season in a wild second heat at a wet Sandown circuit, as championship runners Thomas Randle, Tim Macrow and James Golding were all involved in lap 1 collisions.

While Ngatoa made a clean start to lead the field through the opening corners, there was drama further down the pack as Golding pitched points leader Randle into a spin heading into Turn 4.

Golding, winner of a confusing Heat 1 in mixed weather conditions, came off worse from the incident and was immediately forced to park his GRM car with what appeared to be a damaged suspension.

Randle, meanwhile, was able to resume the race after being left facing the wrong direction, while Macrow too returned on track soon after following his own contact with Nathan Herne.

When the race returned to green flag conditions on lap 5 after an extended safety car period, Ngatoa managed to save a big slide coming off the final corner to retain the lead, as Joey Mawson got the jump on Herne for second.

From there on Mawson kept the pressure up on race leader Ngatoa, the gap between the two staying well below one second. But the Kiwi just managed to hold onto the top spot, taking the chequered flag by just 0.336s to bag a maiden win in the series.

Randle managed to recover spectacularly from his early upset, carving his way through the field to take the final spot on the podium, beating Herne in a sprint to the finish line by just 0.002s.

Ricky Capo was a further six seconds behind in fifth, while Luis Leeds led Macrow in sixth after running wide at the final corner on Lap 6.

Cooper Webster was eighth at the flag while Antonio Astuti and Braydan Willmington were last of the classified finishers in ninth and 10th respectively.

Following the conclusion of the second heat, ex-European F3 and GP3 driver Mawson has taken the lead of the drivers' championship. 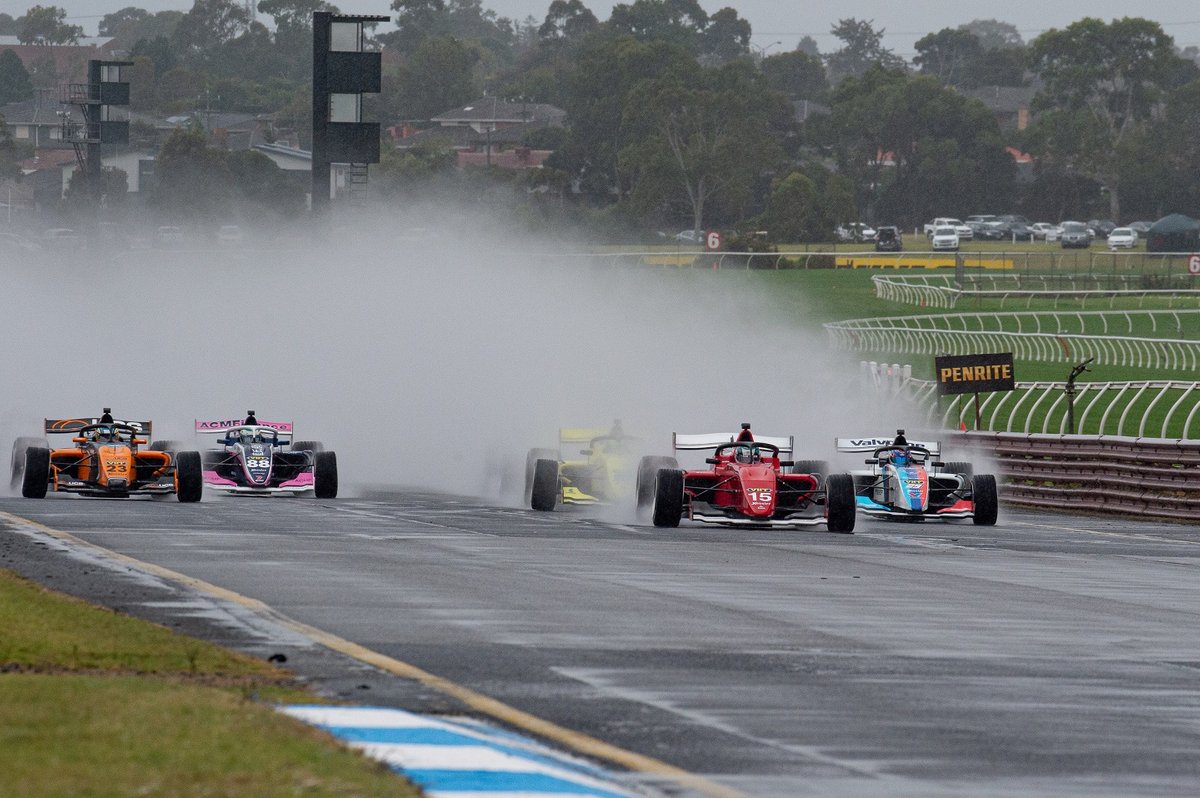 Kaleb Ngatoa leads at the start