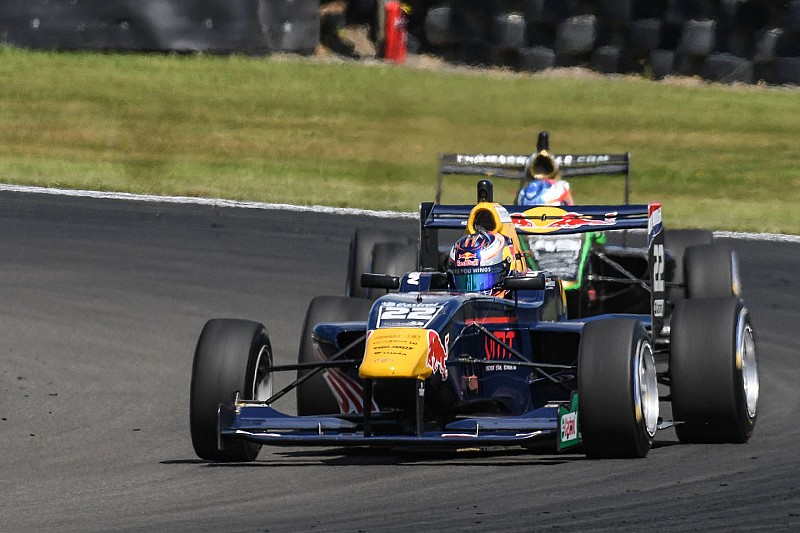 Richard Verschoor won the penultimate Toyota Racing Series race of 2017 at Manfeild and sits third in the standings just two and one points behind Pedro Piquet and Thomas Randle.

Piquet and Randle started the race from fourth and fifth respectively but the duo went in different directions after the start with the Brazilian passing Jehan Daruvala.

Randle went off track and dropped to 11th. However, he recovered four places on Lap 2 before the race was red-flagged as a result of incidents involving Christian Hahn, Enaam Ahmed and Kory Enders.

At the front, front-row starters Verschoor and Marcus Armstrong kept first and second at the start, the red flag and a soon following safety car period.

It was Kami Laliberte and Harry Hayek going off and thus initiating the neutralization.

Verschoor remained in charge for the rest of the race, collecting his third win of the season ahead of Armstrong and Piquet.

Ferdinand Habsburg stole fourth from Daruvala after the red flag but had to give up the place to the charging Randle on the final lap.

Randle, seventh before the red flag, made quick work in passing Taylor Cockerton before the safety car phase and passed Daruvala soon after the second restart.

Habsburg had to settle for fifth ahead of Cockerton, who also passed Daruvala.

The top 10 was completed by Brendon Leitch, Luis Leeds and Jean-Baptiste Simmenauer, the karting graduate recording his best finish yet.

With Piquet finishing third, he passed Randle in the standings but his advantage over the Australian and Verschoor is just one and two points respectively with one race to go.