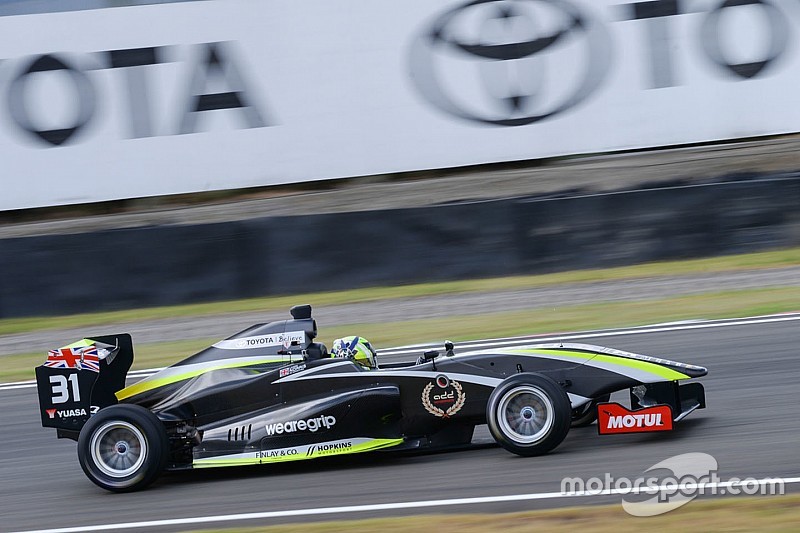 Local driver Brendon Leitch gave his Victory Motor Racing team its first win of the 2016 Toyota Racing Series campaign in Race 2 at Manfeild, while Lando Norris wrapped up the category title in advance.

The Briton needed a ninth-place finish or better to secure the crown with a race to spare and had little trouble delivering the necessary result.

In doing so, he became the first European champion in the series' 12-season history, succeeding Williams development driver Lance Stroll, who had likewise clinched his crown with a race to go last year.

The race itself, meanwhile, went down to a battle between Leitch and Jehan Daruvala, the former going from fourth on the grid to the lead on the first lap and the Indian then establishing himself as Leitch's main chaser.

Force India protege Daruvala was two seconds off the lead when he passed reverse-grid poleman Antoni Ptak for P2 and while he would eventually reel in Leitch and run just five tenths off, the Kiwi stood his ground and took the win.

Ptak, who has recently signed up for a second season of Euroformula Open, rounded out the podium, with Norris fourth ahead of the Kiwi duo Taylor Cockerton and James Munro.

Ferdinand Habsburg took seventh, with Pedro Piquet and Guan Yu Zhou recovering to eighth and 10th after their Race 1 retirements and Devlin DeFrancesco ending up between the pair.

The final race of the campaign - the mammoth 35-lap New Zealand Grand Prix - will see Norris line up on pole.

Manfeild TRS: Habsburg wins, Norris on the brink of title