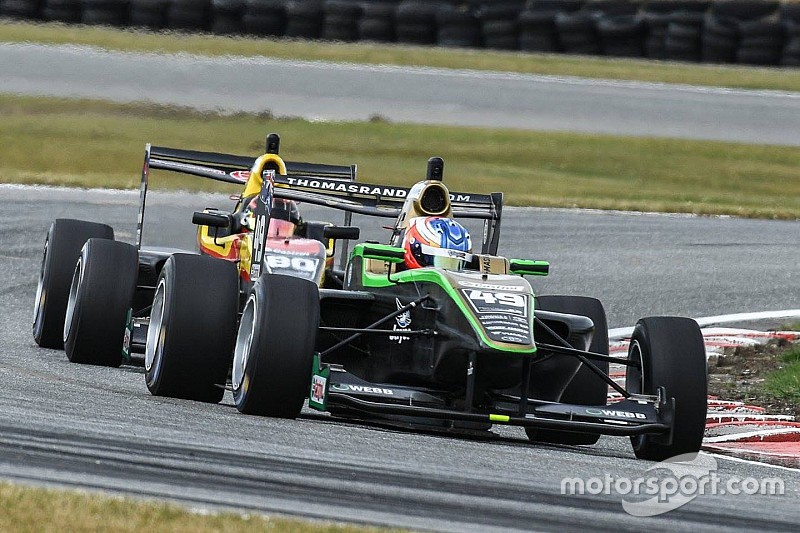 Thomas Randle closed in on points leader Richard Verschoor in the standings after taking the NZ Motor Cup in the third Toyota Racing Series race at Hampton Downs.

Randle claimed a lights-to-flag win, having kept his lead at the start and two restarts.

The first half of the 20-lap race saw little action as first the safety car came out due to the retiring Ameya Vaidyanathan, followed by the red flag.

The interruption was caused by an incident, which saw Marcus Armstrong retire.

Randle led the rest of the running once the race continued with Ferdinand Habsburg having to focus on keeping the charging Pedro Piquet at bay.

Despite being overtaken by Enaam Ahmed, Christian Hahn fought back to finish ninth, forcing the Race 2 winner to settle for 10th.

Points leader Verschoor, fourth on the grid, kept his starting position after the start but had to pit for a new front wing after the red flag, forcing him out of the top 10.