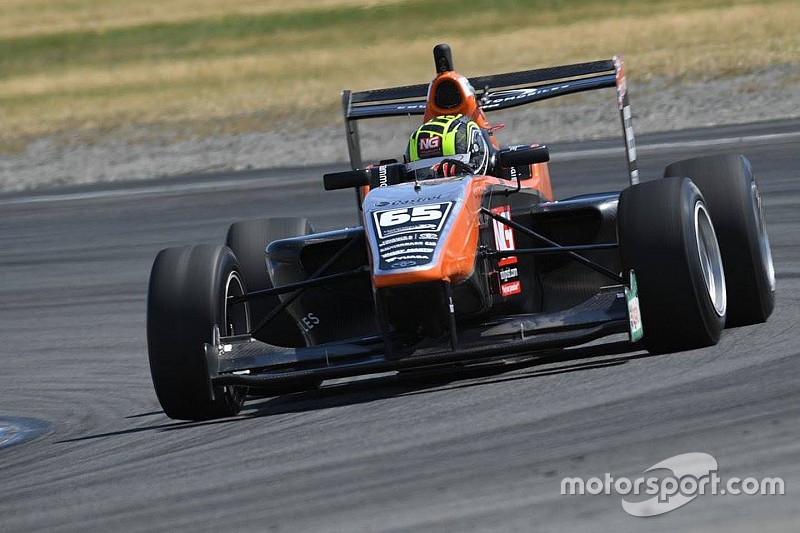 The former karting world champion started the second race of the weekend from the front row and converted his grid position into a maiden triumph.

With the top six reversed from the opening race, Ameya Vaidyanathan headed the field at lights out, only to be quickly demoted by Ahmed and Red Bull junior Verschoor.

The race victory battle was exclusively between the Giles Motorsport pairing from that point on, Ahmed pulling out a second over Verschoor in the first three laps, only for the Dutchman to close the gap back up.

However, Ahmed kept cool and, after several laps run with Verschoor in tow, finally broke away from the Red Bull man with five tours left.

They brought it home in first and second, followed by M2's Pedro Piquet and his Ferrari junior teammate Marcus Armstrong.

While both had cleared Vaidyanathan on the second lap, the Indian stood his ground from that point on, bunching up the pack but managing to hang on for a campaign-best fifth place.

An attempt to pass Vaidyanathan ended up costing championship frontrunner Thomas Randle, who slipped behind Kami Laliberte and eventually finished seventh, behind the Canadian.

Force India junior Jehan Daruvala had started 14th and made no ground up on the opening lap, but eventually worked his way through to eighth place - with Taylor Cockerton and Ferdinand Habsburg making up the top 10.

With the championship crossing halfway point, Verschoor has extended his lead over nearest rival Randle to 77 points - two more than a race win's worth - although Randle will have a good chance to make up ground in Race 3, which he'll start from pole. 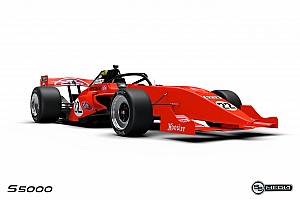