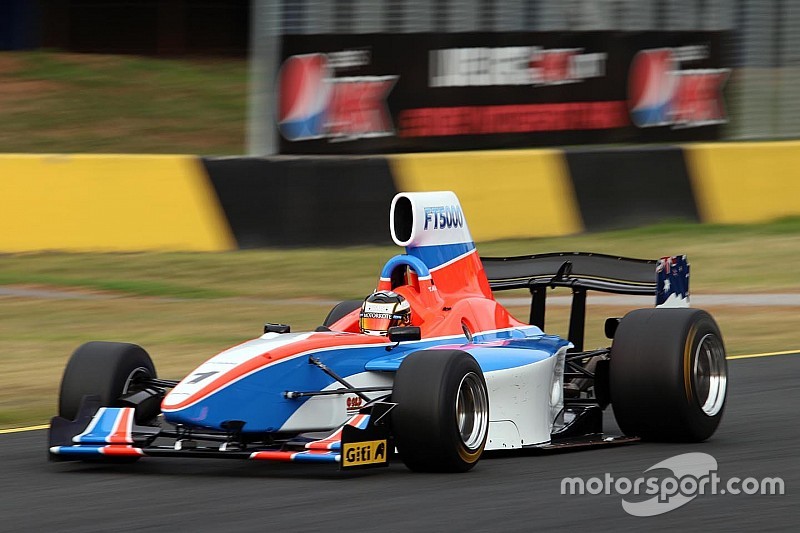 Formula Thunder 5000 creator Chris Lambden has slammed Supercars for its involvement in a rival retro open-wheeler series in Australia.

The Supercars organisation floated the idea of developing its own retro Formula 5000 series – powered by Supercars-spec V8 engines – last year, but apparently opted against moving forward with it.

Plans for a single-seater series based on the Supercars components has continued, though, with a privately-backed group pushing forward with building and testing a prototype.

The Supercars-based series is completely independent of the highly-publicised Formula Thunder 5000 concept, which was launched by Lambden early last year.

While Supercars has since distanced itself from what started as its own Formula 5000 series, it has retained the intellectual property and the category management authority for it.

And that, says a furious Lambden, is a clear sign that Australia's top motor racing series is still involved.

"It went ahead without the knowledge of the Supercar board and most teams, who were stunned to learn of [the car's] existence literally days before it appeared," claimed Lambden.

"Faced with a degree of public disapproval since it was rumoured, Supercars CEO James Warburton has been flat-out in reverse gear trying to dissociate Supercars from the project – on one hand insisting it's now a private project, not their business, because they've managed to find private funding to do it, while on the other confirming that they retain the IP.

"Doesn't sound like a non-interested party to me. At the same time, a third party has been out and about trying to generate interest, referring to a 'guaranteed' series on the Supercar bill.

"The conduct of Supercars staff in this matter is a disgrace. They proposed the copycat concept to the Supercars teams four months after the FT5000 car was publicly unveiled. Why? Because they can. Because they're Supercars, with all the market dominance and power that implies.

"The teams, to their credit, actually turned down the proposal – some even suggesting they ought to talk to us – but the staff still wanted to go ahead. They were told Supercars wouldn't fund a project, but the door was left open if they could find a backer to pay for it, which is what has happened."

When approached by Motorsport.com for a response to the explosive claims, a Supercars spokesperson said the series "has nothing to add at this time", and referred to comments made by Warburton in a Fairfax Media story earlier this year.

"We've allowed the backer and the designer to finish the project and then they'll see if the interest is there," Warburton said in the article.

"Everything else is people trying to stir trouble. It's as simple as that."

Warburton also poured cold water on claims there has been no dialogue with Lambden, saying that "Chris has been offered the opportunity" in reference to FT5000 appearing on the Supercars support bill.

With the FT5000 concept powered by an off-the-shelf V8 engine to keep costs low, Lambden questions whether running ex-Supercars powerplants is financially viable.

He also claims that the existence of a second car, and the uncertainty it creates, is hurting his own potential sales.

"Apart from the whole copycat thing, I think their concept, using Supercar engines and gearboxes, isn't going to hit the mark," added Lambden.

"I've spoken to a number of Supercar teams, for example, and they don't have spare engines and say they're not remotely interested. And Supercar engines, even from a maintenance perspective, ain't cheap.

"In the meantime, however, its simple existence is spooking people. Two of anything doesn't work …

"From the start, we've said we need a minimum of 12 confirmed cars-worth of interested parties in order to hit the 'go' button.

"We're not half way yet, but there have been a number of people adopting a 'wait and see' approach to whom I'd suggest the time for 'wait and see' is over.

"If we are to create a spectacular, cost-efficient and independent 'big-banger' open-wheeler spectacle, then the support of what I'd call real motorsport people is needed now – despite, and as a response to, this appalling copycat distraction."