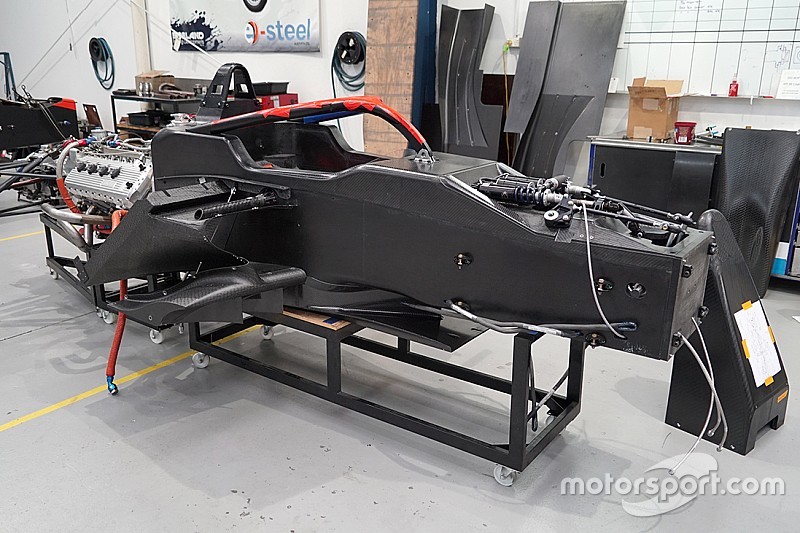 The first Onroak-Ligier chassis earmarked for the all-new V8-powered S5000 series has landed in Australia.

Having made a last-minute decision to adopt the Formula 3-style carbon fibre tub, series organisers are now full-throttle with plans to launch next year.

This week has marked an important step in the final stages of development, with the first of the Onroak-Ligier tubs landing in Melbourne to be prepped in full S5000 spec.

“The first chassis has arrived and work has begun to incorporate the engine and transaxle," said Lambden.

"I had the fortune of seeing the chassis at Onroak's factory in the USA, and they are an amazing piece of modern, sophisticated machinery.

"No time or effort has been spared on the detail. These cars are of a first-class, comparable to any top-line international open wheel series.

"The engine is being slotted into place now and we expect to have the car complete in the very near future."

Once complete there will be a new wave of testing with the final-spec car, building on work done by the Swift-based Formula Thunder 5000 prototype that started two years ago.

Thanks to the switch to the Onroak-Ligier chassis the series has been ticked off by governing body the Confederation of Australian Motor Sport, and has signed on with promoter Australian Racing Group ahead of its 2019 debut.