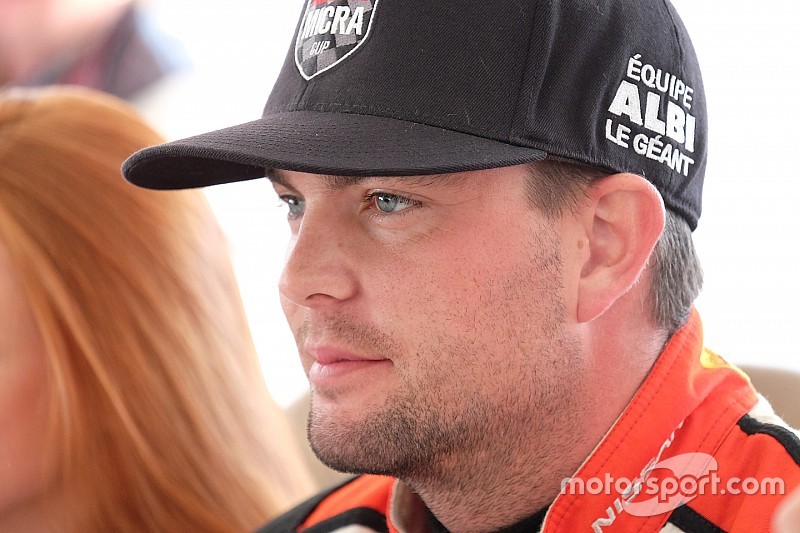 The second season of the Canadian Nissan Micra Cup came to a conclusion this past weekend at the picturesque Circuit Mont-Tremblant, Quebec. Xavier Coupal won both races to earn the first title of his career.

In the team championship, the title went to the No. 572 Albi Nissan Team, ahead of Perry Performance/Hull Nissan (No. 86) and Total Canada (No. 220).

The Micra Cup is a spec racing series featuring Canada’s most affordable new car, the base Nissan Micra S, that's been slightly modified for competition.

Coupal, a former top Formula 1600 competitor who also trialed stock car racing a few years ago, was almost speechless after he won the second race of the meeting and the title on Sunday. The pressure was finally off his shoulders after months of intense competition.

“It’s been a tough season and two hardly fought races,” said Coupal, who spent a few years away from motorsport before he made a comeback this year in the Micra Cup.

“Olivier Bedard and I have been friends and teammates for the entire 2016 season. We helped each other, watched videos together and even gave each other advice,” Coupal said. “Competing against my friend and teammate at the end of the season was a challenge, especially since the race was so tight. As teammates on the Albi Nissan team, we had a lot of respect for one another, but towards the end we became significantly more competitive.”

Coupal continued: “We fought very hard and I have to give Olivier credit – he performed extremely well throughout the season. Unfortunately Olivier wasn’t as lucky as me. He consistently performed well, and even though I had a few mishaps along the way, I had Bertrand Godin there to drive the car, allowing me to make up any lost points. That is why I won the championship. We must play by the rules, and I am very happy to be the 2016 Nissan Micra Cup champion.”