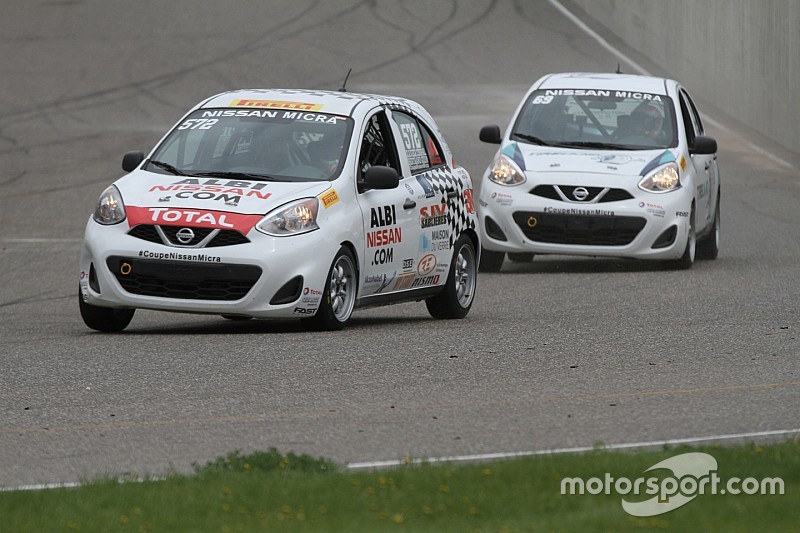 Xavier Coupal crossed the finish line of both Nissan Micra Cup races at the Grand Prix de Trois-Rivières in first place. Having being disqualified Saturday, he came back stronger Sunday to lead from start to finish.

From pole, Coupal lost several places at the start Saturday. But he kept himself in the race and was soon fighting for the lead again with Stefan Rzadzinski. He boldly got by Rzadzinski at Villeneuve corner, albeit with four wheels off the track. A post-race penalty knocked him down to seventh place, handing the win to Rzadzinski. Kevin King and Olivier Bédard completed the podium.

Unaffected by this setback, Coupal went on to lead race two from start to finish, also bagging the fastest lap of the race along the way. Bédard and King again completed the podium, but this time with Bédard ahead of King.

Coupal now leads the title race by 29 points over Bédard, and by 59 points over King, with two events to go. The series will visit Canadian Tire Motorsports Park September 2-4, and Mont-Tremblant September 23-25.