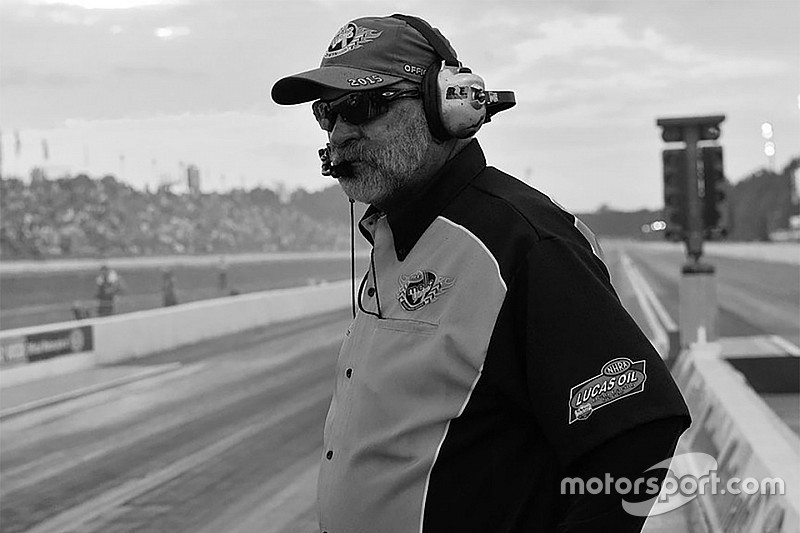 NHRA chief starter Mark Lyle, only the third to hold that position in Mello Yello Drag Racing Series history, has died while on vacation with wife Marcia, the series reported on Monday.

Lyle was ever the hero at the dragstrip and in his final hours. While celebrating his birthday in Mexico with family and friends, he was attempting to rescue a friend struggling in the water before being lost, according to family reports.

Prior to assuming the NHRA’s chief starter position, Lyle was the official starter at Pacific Raceways in NHRA’s Northwest division, beginning in 2000. He was named the official starter of that division in 2005. He was born and raised in the state of Washington, most recently living in North Bend, Wash.

Lyle brought a sense of calm to his position, standing between two cars or motorcycles as they staged. In between rounds, he always had a ready countenance and smile, and was first to assist the NHRA’s Safety Safari with any work that needed to be done. From competitor to participants to media, Lyle’s positive attitude always influenced those around him. He presented the appearance of a man who loved his work - and he did.

When not engaged in running the start line and racetrack at NHRA’s 24 annual events, Lyle and wife Marcia enjoyed travel throughout the world. They recently experienced a winter vacation in Spain and Portugal and were celebrating Mark’s birthday on Sunday in the Mexican town of Zipolite, Oaxaca, by the ocean when this tragedy occurred.

Brittany Force is keeping it in the family