Massey runner-up to teammate at Gateway 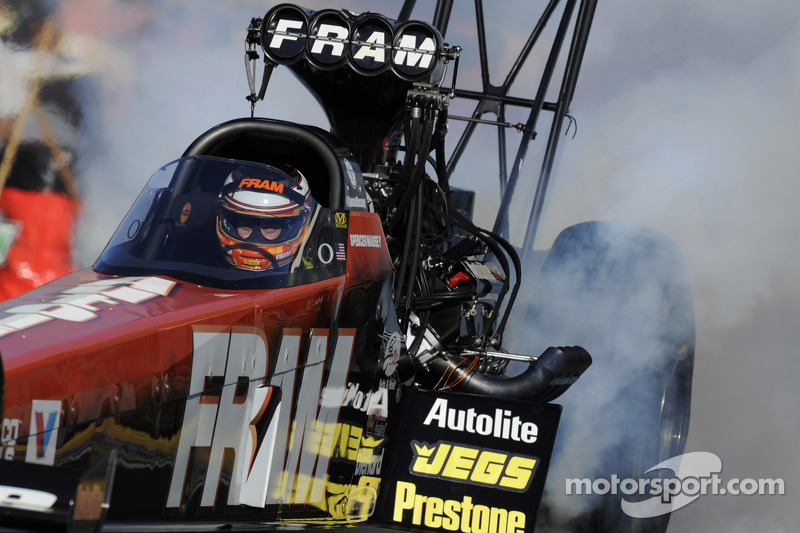 MADISON, Ill. - They say keep your friends close and your enemies closer, and that's just the case for Spencer Massey and his FRAM/Prestone Top Fuel team.

For the second week in a row, Massey was a bridesmaid to Don Schumacher Racing teammate Antron Brown. Massey was also runner-up to Brown at last week's NHRA Full Throttle Drag Racing event near his hometown of Ft. Worth, Texas. 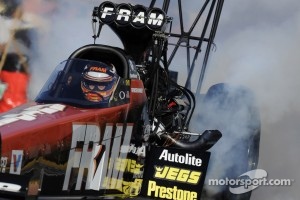 After qualifying second to Brown at Gateway Motorsports Park near St. Louis, Massey came up short in the final when Brown clocked a 3.766-second lap to Massey's 3.812-second pass.

"We're doing exactly what we need to do and that's go rounds," Massey said. "We wish it would've run a little bit better in the final and it probably should have. We were trying to run a 3.76 or 3.77. It just fell off a little bit. "Obviously we are happy to be in another final. That's two final rounds in a row for us and you can't go wrong with that. Antron's team is just kicking butt right now."

Massey and Brown entered the event tied in NHRA's Countdown to the Championship points standings and entered race day with Brown leading by one point after qualifying points were awarded. After the final round, Massey trails by 21.

"It's going to be a dogfight all the way down to the end," Massey said. The team led by crew chiefs Todd Okuhara and Phil Shuler always have a plan set and they are sticking to it.

"Our plan from day one has been to just go rounds. We went all the way to the final today and we needed that. It's just another good showing for the Prestone team for making it to another final round.

"I'm glad we go racing again in just a few days (at Reading, Pa.) because this team is going after wins and we need one to get back to that top spot in points."

Massey is the defending event winner at Maple Grove Raceway in Reading.