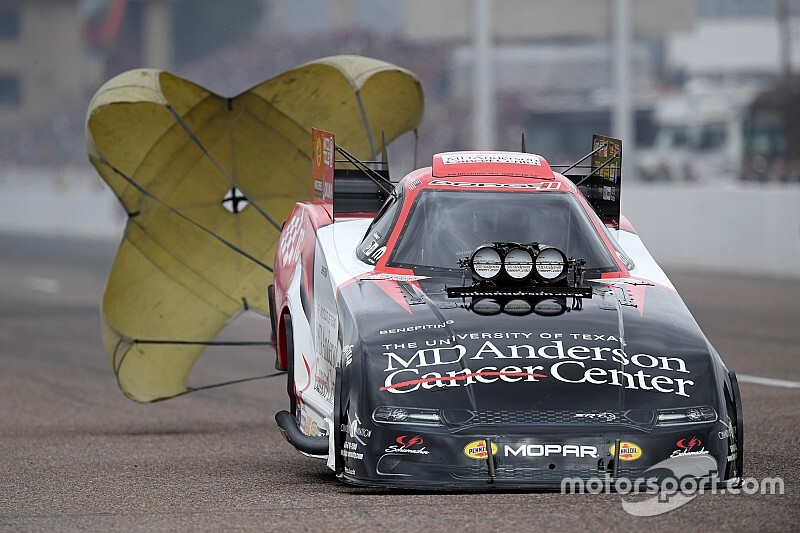 In an all-Don Schumacher Racing final, Johnson’ MD Anderson Dodge Charger SRT Hellcat went 3.883-seconds at 326.40 mph to defeat teammate Jack Beckman during the final round. Along the way, he defeated Paul Lee, Bob Tasca ll and Ron Capps to reach the finals and score his 18th win.

“We had a good car,” said Johnson, whose previous Phoenix win came back in 2006. “The last qualifying run showed us that we have a solid car. Coming up here today, we had a lot of confidence.

“As a driver, going into each round knowing you have a car that’s going to perform makes your job a little easier. It gives you a little less stress. The guys did a great job.”

In Top Fuel, defending champion Torrence, who missed the opening round at Pomona, picked up his 37th career win and his second in Phoenix after going 3.679-seconds at 321.27 in his CAPCO Contractors dragster. Torrence defeated Jim Maroney, Shawn Langdon and dad Billy Torrence to advance to the final round, where he out pedaled Doug Kalitta for the win.

“First round I had a little bit of the jitters,” said Torrence. “We missed Pomona… and I was a little bit nervous to go up there.

In Pro Stock, three-time world champion Erica Enders grabbed her first win of the season and the 26th of her career with a 6.531-second pass at 210.44 in her Melling/Elite Performance Chevrolet Camaro. Sunday’s win moves Enders into the Top 10 for all-time wins in the Pro Stock class. Enders beat Fernando Cuadra Jr., Chris McGaha and Jason Line to advance to the final round where she defeated Bo Butner.

“I’d have to say today was excellent,” said Enders. “Our objective coming in was to just get my car as happy as possible… We were definitely optimistic and finally got our act together for that one run on Saturday.

“The guys gave me a tremendous racecar today. Very consistent, very fast and we just crushed the competition today and it was really fun.” 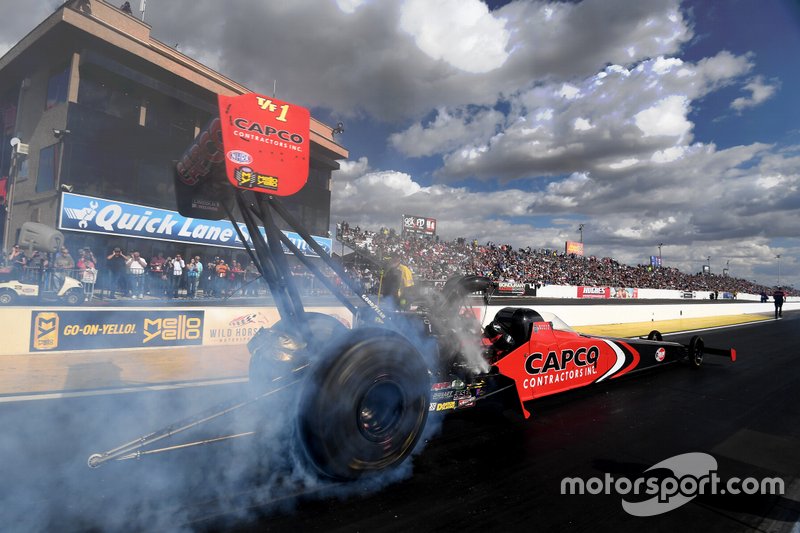