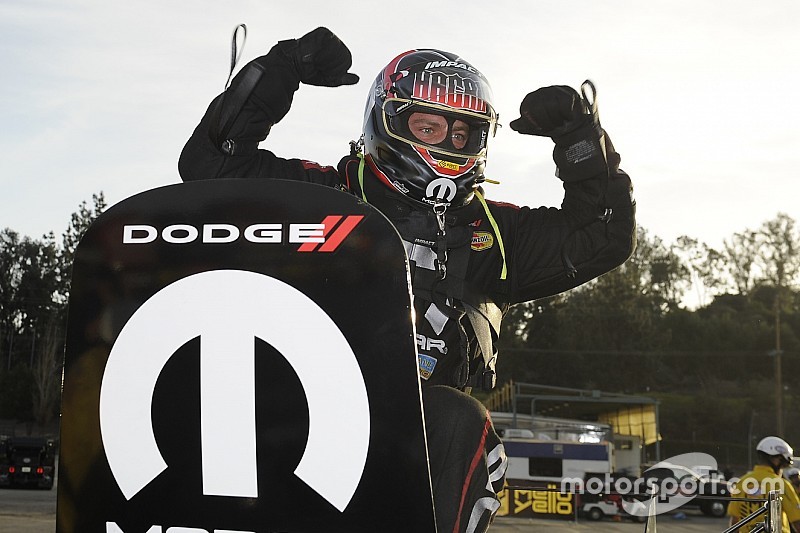 Said Hagan: “Keeping upbeat, confident and starting the year on a positive note is good for our team to set goals, no matter how hard they may be to obtain,” Hagan said. “Everything was clicking this weekend and even more than the parts and pieces it’s about having the right guys to use what we have. So far we’ve done it well.”

Doug Kalitta won with a 3.779sec run at 324.28mph in his Mac Tools dragster to take down Tony Schumacher, taking his second win in this event.

“I tip my hat to my guys because I couldn’t do it without them and it’s really special to get a win at a track with so much history,” Kalitta said. “We feel like we have the team in place to have a successful season but I’m really proud of Jim Oberhofer [crew chief] and what he has done for all of our teams.”

Defending PS champion Bo Butner’s 6.549sec at 209.62mph run in his Jim Butner’s Auto Chevy Camaro was enough to defeat his teammate Jason Line in the final round.

Said Butner: “Both my crew and my car have been running smooth recently, and we are just trying to keep riding that wave. I feel great in this car and I have all the confidence in the world in my crew.”

On his way to the final, Butner took down Tanner Gray, Greg Anderson, and Erica Enders