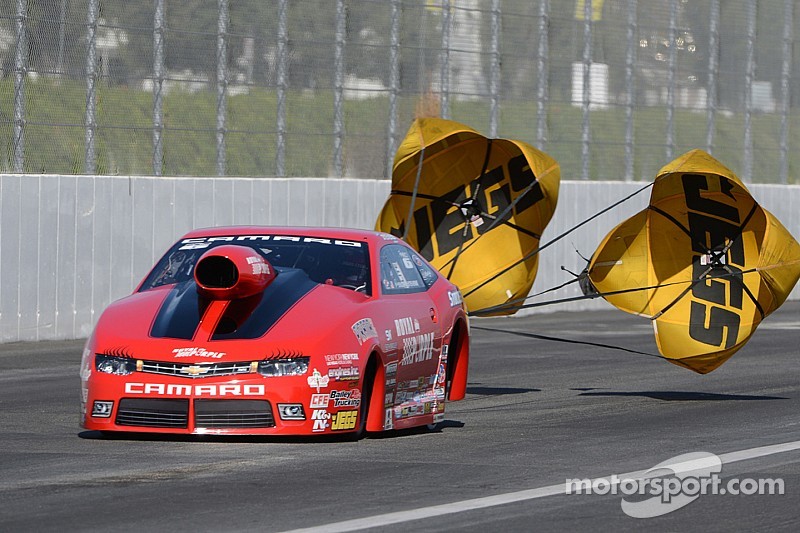 Voting opened this week online for the magazine's 20th annual Racer of the Year. Readers can vote in six categories through Jan. 12, 2015, with the final results announced in the spring 2015 issue and on www.racer.com.

Enders-Stevens completed a terrific championship season with Elite Motorsports after battling to the final round of the final event of 2014. She won six races, including the final two, to become the first woman to win the Pro Stock title and the third woman to win an NHRA championship.

Enders-Stevens, 31, was fourth in the points standings with four races remaining, but she raced to the semifinals in St. Louis and Reading, Pa., to move to second place.

At the penultimate race, in Las Vegas, Enders-Stevens faced points leader Jason Line in a pivotal semifinal battle. She won that round and then beat five-time Pro Stock champion Jeg Coughlin Jr. in the final round to win the race and take over the points lead.

Enders-Stevens and Line were on a collision course at the season finale in Pomona, Calif., as the two were on opposite sides of the ladder. After winning her first two rounds, Enders-Stevens faced Jonathan Gray in the semifinals. For the first time in NHRA pro history, both drivers ripped off perfect .000-second reaction times, with Enders-Stevens advancing to the final thanks to a quicker pass.

That put her against Line in a winner-take-all final round, and when Line went red, Enders-Stevens joined Shirley Muldowney and Angelle Sampey as the only women to win an NHRA title.

Richie Crampton in the running for rookie of the year award