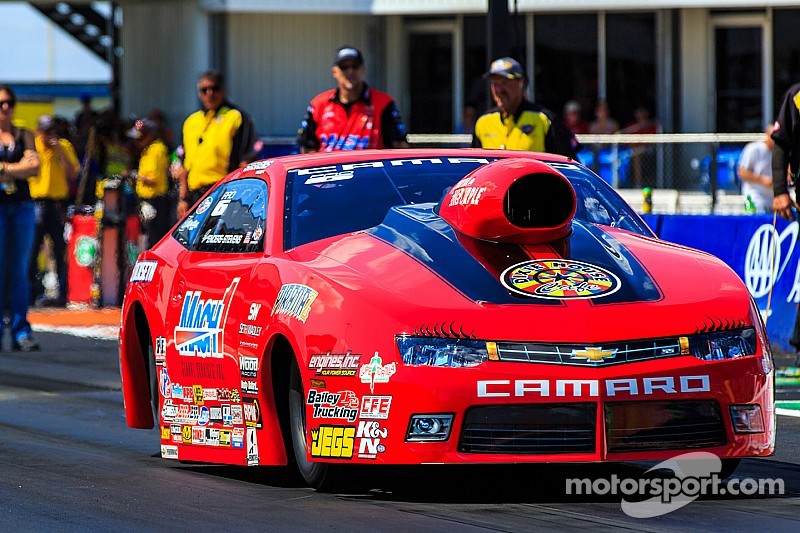 The organization’s newsletter is dedicated to showcasing the power of women in racing around the globe.

GLENDORA, Calif. – Erica Enders-Stevens, who made history as the first female world champion in the Pro Stock category of the NHRA Mello Yello Drag Racing Series in 2014, was recently recognized in the Fédération Internationale de l’Automobile’s Auto + Women in Motor Sport, a prestigious world racing newsletter identifying major achievements in racing by women.

The FIA, or the International Automobile Federation as it is known in English, is a global organization that aims to safeguard the rights and promote the interests of motorists and motorsports all across the world. The FIA is also the governing body for motor sport worldwide.

One of only three women

Enders-Stevens is one of only three women to win a world championship in the Mello Yello Drag Racing Series, joining a respected list that includes Top Fuel’s Shirley Muldowney and Pro Stock Motorcycle’s Angelle Sampey. She has 13 career victories, which puts her third on the all-time professional wins list by women. Her 2014 season was one for the ages, claiming six victories and six No. 1 qualifying efforts en route to her championship crown.

The former NHRA Jr. Drag Racing League participant was clutch at the end of the season, racing her Elite Motorsports Chevy Camaro to victory in the final two events – at Las Vegas and Pomona, Calif. She also made more history at Las Vegas last April, becoming the first female winner of the K&N Horsepower Challenge specialty race, repeating that feat again this season.

The Auto + Women in Motor Sport newsletter can be viewed here