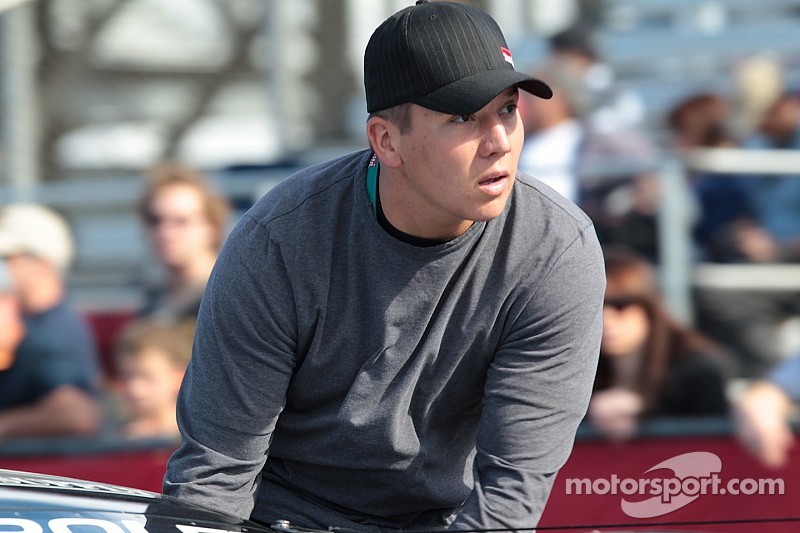 How will the change from Pro Stock to Top Fuel effect the veteran driver?

As the NHRA begins its Mello Yello Drag Racing Series 24-race campaign this weekend, there are many bullet points to examine.

The one that intrigues me the most is the transition of Dave Connolly, a star in Pro Stock and in the sportsman ranks who is taking on a totally different challenge in 2015 - he’s driving a Top Fuel 10,000-horsepower dragster for the first time in professional competition, starting this weekend on the Auto Club Raceway at Pomona drag strip.

Connolly has driven open-wheel drag racing cars in the past, in fact claiming a win in Top Dragster early in this decade. He’s driven just about anything and everything in drag racing competition - except a Top Fuel dragster. Connolly takes over the seat once occupied Bob Vandergriff, who continues on as team owner and mentor for his new driver, whose teammate is the estimable three-time Top Fuel champion Larry Dixon.

His new gig was announced last October and Connolly will have sponsorship from C&J Energy Services and practical assistance through Bob Vandergriff Racing (BVR) crew chiefs Kurt Elliott and Mike Guger (who at one time worked on Pat Patrick’s Indy car team!). With 26 career Pro Stock victories - including five in a row - and four Sportsman Wally trophies in his cabinet, Connolly brings a winning focus to the Bob Vandergriff Racing team, an attitude that merges well with his new teammate.

Changes in the cockpit

There’s not really a lot more to do in a Top Fuel cockpit than Connolly’s accustomed to in his Pro Stock car. Despite the fact that the nitro classes have less technology (for the most part) than does Pro Stock, the dragster cockpit is a place where stuff happens even before the blink of an eye. In testing, Connolly has had to learn a lot more about “a lot of different things like tire shakes, smoking the tires early, smoking the tire down-track, even blowing up a few times.”

Because he’s inexperienced these cars, 32-year-old Ohioan Connolly is getting to know the immense G forces that “pull all the way down the track. It’s pretty much incredible,” he said.   What sold him on making the switch? “These things are going a thousand feet in 3.7 seconds and 330 miles an hour. That alone kind of sold the deal for me.”

Not the first to make the jump

He won’t be the first person to make a transition from Pro Stock categories to Top Fuel. Antron Brown made the jump from Pro Stock Motorcycle to Top Fuel and has, since that time amassed a total of 31 dragster victories in 310 races (to go with his 16 Pro Stock Motorcycle wins). The 2012 Top Fuel champion, Brown finished seventh in last year’s Countdown to the Championship on the strength of six victories and no DNQs (did not qualify).

He’s fortunate to have Vandergriff, Dixon and even Brown to help him feel his way through the maze. When Brown came into the class he made an immediate impression, thanks to coaching from tuner Lee Beard. Coming from the very tight-knit Pro Stock class, where secrets are kept in strict confidence, Connolly has enjoyed the open arms in Top Fuel. Friends with Shawn Langdon from their sportsman days, he’s gotten pointers from the 2013 titleholder. “There’s been a lot of guys that have offered up help, even Tony [Schumacher, the 8-time reigning champion] at West Palm came over and offered any advice that he has. Antron is always there for me… “

Plenty of experience at Connolly's fingertips

Between Bob Vandergriff and Larry Dixon, there’s a combined 40 years of Top Fuel experience to guide Dave Connolly. “Larry has been a very big help and any questions that I may have and even things that he foresees me maybe experiencing, he’s kind of given me a heads-up on. Having those guys in my corner is obviously going to be a huge factor in speeding up the learning process.”

Thus far Connolly has made about 12 passes down the track in West Palm Beach pre-season testing and another 10 or so in a private test. “To be honest, I’ve made only three runs in the 3.81 to 3.76 range, so I’m very, very green to the class still. It’s going to be exciting in Q1 just to try to make a full pull and get the uprights under full power,” he said.

Racing success is all about seat time and this weekend the waiting ends for the class rookie. Even with his immense confidence and years of drag racing experience, even with the knowledge that he’s using some of the best equipment available, the competition looms large. And his goals are realistic: “Right now it’s getting A to B and learning that when the thing smokes the tires, what to do. You know, I’d love to find BVR in the winner’s circle multiple times this season, myself and Larry included. This team is more than capable of winning and I’ve just got to do my part and hold up my end - and not be the weak link of this group.”

Qualifying for the 53rd annual Circle K Winternationals start this Friday at 12:30PM and 3:30PM PST with the same schedule on Saturday. Eliminations begin Sunday at 11AM with a later airing on ESPN2.

Everything is new for Jack Beckman in 2015