Chute failure at 307mph, but Densham is OK 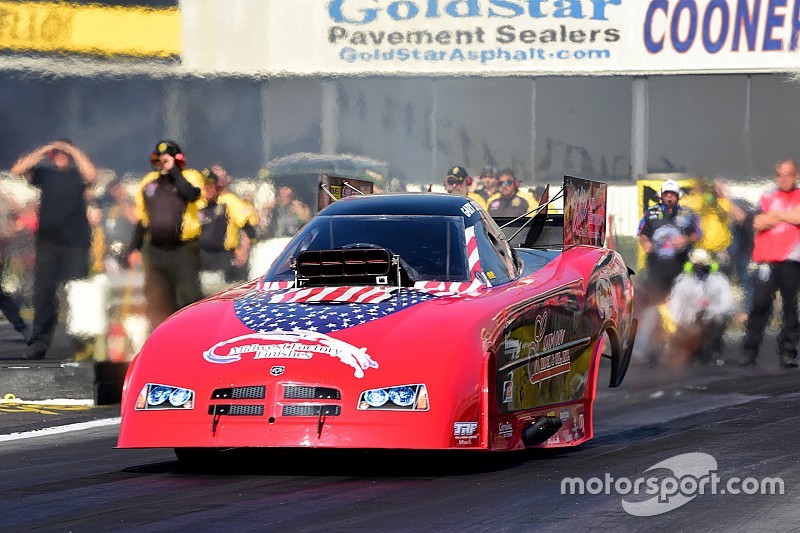 TV footage captures the alarming moment in which NHRA veteran Gary Densham, 69, found his parachutes wouldn't open while traveling the wrong side of 300mph.

The incident below occurred during the third round of qualifying for NHRA’s season-opener at Auto Club Raceway in Pomona, Calif.

During Funny Car qualifying, Gary Densham, 69, of nearby Bellflower, Calif. was forced to plow through the sand traps at the end of the racetrack when the parachutes failed to deploy and slow his Dodge Charger R/T.

Densham set a 4.050-second elapsed time (at 307.30mph) – his career best – and qualified 11th in the 16-car field. But after plowing through the sand traps, Densham came to a stop tangled up in the safety netting and “tore up a perfectly good race car,” as he put it, after being checked and released by NHRA emergency services personnel.

“I don’t know what happened," he said. "It’s great that the NHRA Safety Safari is here and they do what they do.

"These racecars are awful fast and when the parachutes don’t work. They just don’t stop. That’s the way it goes."

The accident led to an hour-long stoppage to clear the sand trap and reset the netting in the shutdown area.

It’s unclear whether Densham’s Dodge can be fixed in time for 11AM eliminations. Funny Car comes to the line following Top Fuel in final eliminations. Densham is due to race against sixth qualifier Courtney Force’s Chevrolet Camaro.