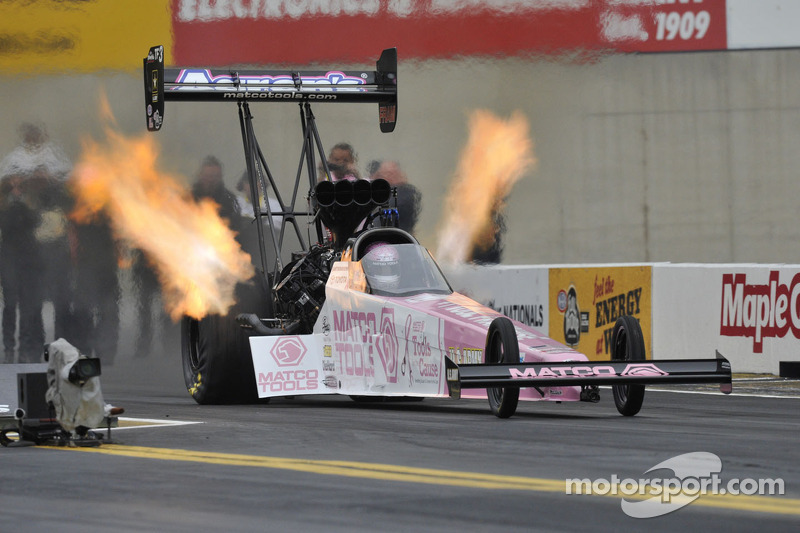 Brown and the team leave Maple Grove Raceway with a national elapsed time record, along with the 20 bonus points, their 11th championship round of the season, and a whopping 104-point lead in the Top Fuel category with two races remaining in the six-race Countdown to the Championship. Brown also posted career bests in both elapsed time and speed this weekend.

Brown was runner-up to rookie Khalid alBalooshi of Al-Anabi Racing, who won his first Top Fuel title in the rain-delayed event completed Monday.

Brown earned his way to the final with a national elapsed time record 3.701-second pass at 328.78 mph in the semifinal round defeating Brandon Bernstein's 3.740 lap. 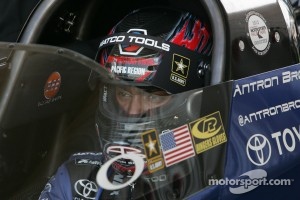 "At the end of the racetrack when they told me our ET I didn't even know we ran that quick because I didn't see the scoreboard," Brown said. "I was just in awe. I was stunned.

"People thought I would be doing cartwheels and backflips, but I was just shocked. It hit me emotionally. It was a great hard fought battle all weekend."

The best part about setting the national record for Matco's "Tools for the Cause" team is that it was worth 20 bonus points and they left Maple Grove with a 104-point lead over Don Schumacher Racing teammate Spencer Massey, who is second in points.

Brown went to his third straight final round and his fourth in the past six events but missed a chance at winning his seventh event title of the season.

The team wasn't hanging their heads after the final round loss to alBalooshi. Brown's dragster hazed the tires and alBalooshi posted a 3.910-second effort for the win.

"It's nothing to be disappointed about," Brown said. "No mixed feelings. We've just been firing off our best shots each round. There's no reason to hold our heads down. We got a record, got an extra 20 points."

Crew chiefs Brian Corradi and Mark Oswald approached the final round with a similar game plan to what earned Brown the semifinal win and national record. But the track couldn't handle the record-setting horsepower.

"We were going out there to hit it just like we did when we ran the .70 because that's what we needed to do to win," he said. "All in all it was a great weekend for points."

"We just have to get ready for Vegas and go out there and attack that race," Brown said.