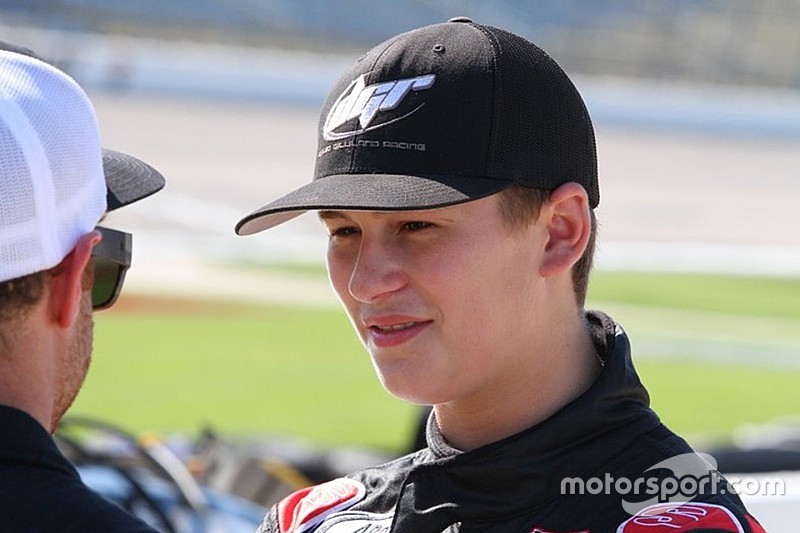 In what has to be one of the strangest finishes to a race, Todd Gilliland was declared the winner Sunday night of the NASCAR K&N Pro Series East season opener at New Smyrna (Fla.) Speedway when the race was mistakenly run an extra lap.

Gilliland and Spencer Davis were racing side-by-side for the lead as they crossed the start/finish line for what should have been the white flag lap, except the flagman never waved the flag until half the field had already sped by.

At the finish of what would have been the 150th – and last – lap, Gilliland had the lead but the checkered flag didn’t fly and the field continued to race.

On the last lap, Ronnie Bassett knocked Gilliland out of lead and into Davis, who slammed into the Turn 4 wall as Bassett took the lead and the checkered flag.

Except that was all on Lap 151 – one more lap than the scheduled race distance.

NASCAR declared the race over at Lap 150, which was led by Gilliland.

After the race a NASCAR representative declined to allow Gilliland to answer any questions in regards to the extra lap run in the race.

"As tonight’s K&N Pro Series East race neared the conclusion of the advertised distance, there was a delay in the appropriate flags being displayed to the field. As a result, the race continued for an additional lap beyond the scheduled 150 laps, during which a wreck occurred involving cars at the front of the field. Per the NASCAR K&N Pro Series East Rule Book Section 10-2.11.B, the official results of the race reverted to the running order at the completion of lap 150, the advertised distance. NASCAR will review the circumstances surrounding the finish and take steps to avoid a recurrence."