Rhodes beats Suarez to the line in NASCAR K&N East 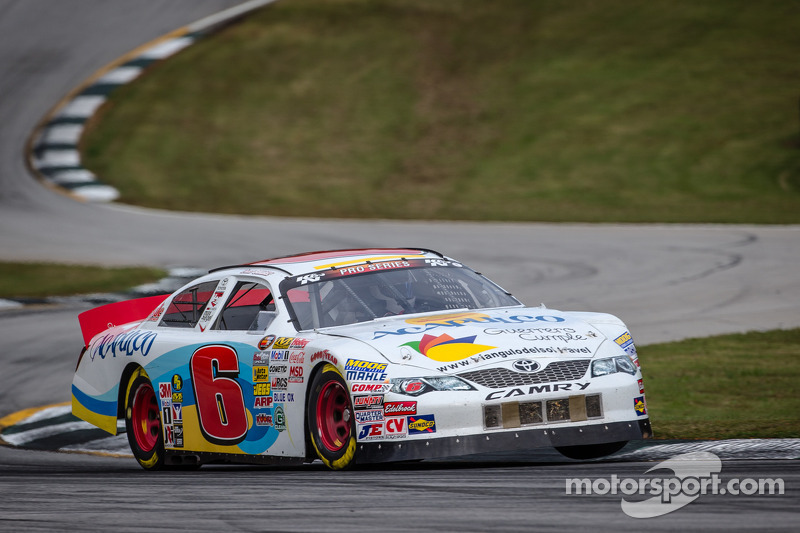 Ben Rhodes turned in a dominating victory in the NASCAR Hall of Fame 150 Saturday night, just getting by Daniel Suarez (in photo from a previous race) in NASCAR K&N Pro Series East action at historic Bowman Gray Stadium.

Rhodes, a NASCAR Next driver from Louisville, Kentucky, became the first driver in four all-time races at The Stadium to win from the pole. He led all but one of the 152 circuits to emerge with his third victory of the season and extend his lead in the K&N Pro Series East championship standings.

Rhodes’ triumph was not without challenges, however. He had to keep his No. 41 Alpha Energy Solutions Chevrolet out in front through 12 caution restarts on the tight quarter-mile for the hard-earned win.

The final caution set up a green-white-checkered flag finish where Daniel Suarez beat Rhodes to the line to lead restart Lap 150, but Rhodes regained the advantage and held on for the checkers.

Suarez, who rallied from back in the pack after starting from the rear after making contact with the outside retaining wall during his qualifying run, finished as the NASCAR Hall of Fame 150 runner-up and Austin Hill joined him on the Bowman Gray podium in third. Brandon Jones and Ronnie Bassett Jr. brought home the top five.

Rhodes’ points lead grew to 49 over Gaulding with Suarez and Cameron Hayley in third and fourth, respectively.

The NASCAR K&N Pro Series East will return to action on Friday, June 13 with the Pensacola 150 at Five Flags Speedway in Pensacola, Florida.