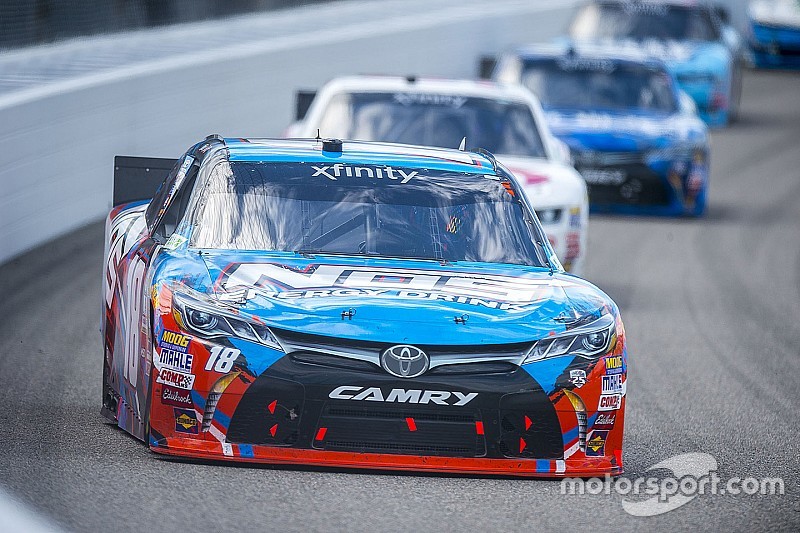 NASCAR on Tuesday unveiled its latest “NASCAR Next” class – a group of 11 aspiring drivers who comprise an industry-wide initiative designed to showcase rising young stars in racing.

The new class includes sons of two former drivers in the Sprint Cup Series, a graduate of Stanford University and two drivers from foreign countries.

“The NASCAR Next program has introduced current stars such as Kyle Larson, Chase Elliott and Ryan Blaney to the NASCAR fan, and we believe this year’s class has the same potential,” said Jill Gregory, NASCAR senior vice president of marketing and industry services.

“These drivers have shown the talent and intangibles to climb the NASCAR ladder, and we look forward to watching their careers grow.”

This year’s class was selected through an evaluation process that included input from industry executives, the Sprint Cup Series Drivers Council and media, including Motorsport.com’s Lee Spencer and Jim Utter.

Drivers must be between the ages of 15-25, have tangible and expressed goals in eventual competition in the Cup series and demonstrate the potential to realize that goal.

The following drivers have been selected to the 2016-17 NASCAR Next class:

Alon Day (@Alon_Day) – One of two international drivers on the list, Day is the first NASCAR Whelen Euro Series driver to earn NASCAR Next recognition. Day, 24, from Ashdod, Israel, completed his first full season in the Whelen Euro Series as championship runner-up. He is also a former Indy Lights competitor, running half the season in 2012.

Tyler Dippel (@Tyler_Dippel) – An accomplished dirt racer, the 16-year-old from Wallkill, N.Y., scored his first K&N Pro Series East victory in March. He previously competed in the DIRTcar Racing Series in the Northeast.

Noah Gragson (@NoahGragson) – The 17-year-old Las Vegas native finished second in the championship standings last year in the K&N Pro Series West and is running both East and West races this season.

Gary Klutt (@Garyklutt) – The second Canadian to be named to the program and the first full-time driver from the NASCAR Pinty’s Series, the 23-year-old earned his first career pole and win last year.

Julia Landauer (@julialandauer) – Landauer, 24, from New York City, got her start racing a variety of cars – from Formula BMW to Ford Focus Midgets to stock cars. She was a contestant on the “Survivor” before graduating from Stanford in 2014.

Matt Tifft (@Matt_Tifft) – A development driver for Joe Gibbs Racing, the 19-year-old UNC Charlotte student is driving part-time in the Xfinity Series for JGL Racing as well as JGR, and racing in the Truck Series for Red Horse Racing.

Since its inception in 2011, 27 of the 35 drivers who have been selected as part of the program have gone on to compete in one of NASCAR’s three national series. Nearly a third of the drivers have made a Cup series start, with nine drivers winning a NASCAR national series race.