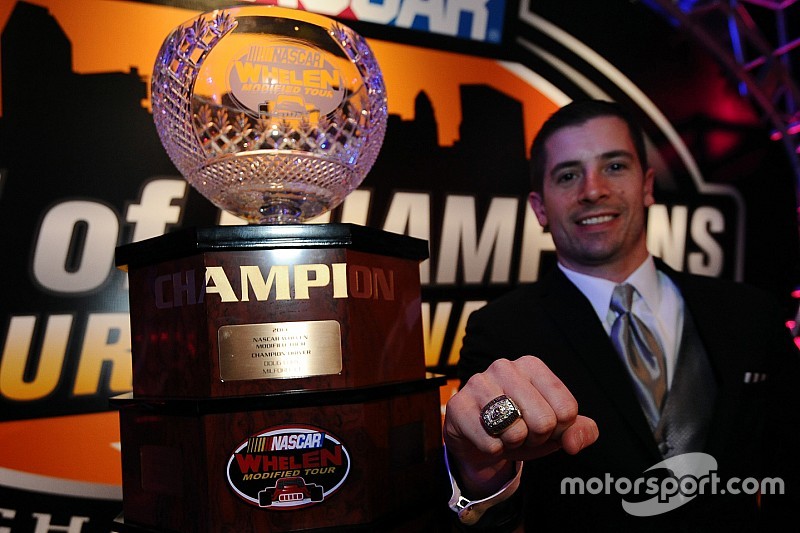 On the East Coast, the NASCAR Whelen Modified Tour begins its 32nd season of competition with a new twist this season as the series absorbed its southern counterpart and now operates as one series.

The result of the change is a season opener held south of the Mason-Dixon Line for the first time since 2001 at South Boston Speedway.

Doug Coby enters the Performance Plus 150 presented by Safety-Kleen looking for his fourth consecutive – and fifth overall – championship and he’ll face some formidable competition in Saturday’s race. Coby came to Myrtle Beach in February and won a 50-lap race to get track time since he’s never competed there before this season.

The last time NASCAR modifieds competed at the .538-mile track in South Carolina in 2009, Andy Seuss was able to walk away the winner and he returns this weekend with a handful of drivers who competed in the southern division before it ended last year.

One driver making a return to the touring division is 10-time Bowman Gray Stadium track champion Tim Brown. Brown last competed in the series in 2013 and has recorded seven wins and was runner-up in the southern division title race three times.

Out West, the NASCAR K&N Pro Series West kicks off its 2017 campaign at Tucson Speedway in Arizona with the NAPA Auto Parts Tucson 150. The race is part of the season-opening NAPA 500 Challenge.

In January NAPA Auto Parts has announced the largest season kickoff award program in the history of the touring series as drivers can win bonus money for competing in the first four races of the 2017 season. The prize amounts vary based on where a driver finishes, but if one driver can sweep all four races they’ll collect a $100,000 bonus courtesy of the NAPA 500 Challenge.

Todd Gilliland will try to become the 17th driver in the 53-year history of the series to win multiple championships after taking the crown last season. The third-generation driver will face tough competition from teammate Chris Eggleston is also back this year to pursue the title and also from Ryan Partridge.

That trio of drivers combined to win 11 of the 14 races on the 2016 schedule and all return capable of equaling or topping that mark.

Where are they now? – Mike Stefanik