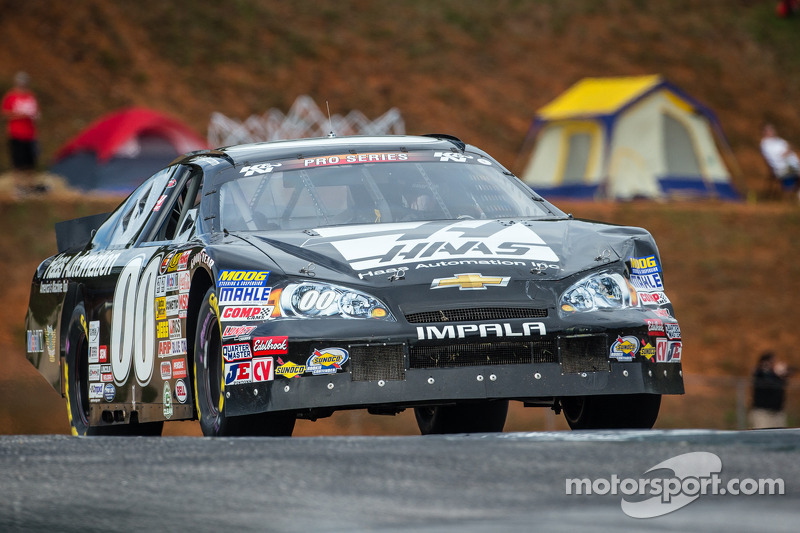 Custer, McReynolds and Stenhouse to race for BMR

The NASCAR K&N Pro Series West will make its annual visit to the wine country of Northern California for the Carneros 200 at Sonoma Raceway on Saturday.

This year’s event will mark the 25th series race at the 1.99-mile track, which the circuit first visited in 1978.

The race – which will be televised on FOX Sports 1 on July 4 at 2 p.m. ET – is part of the big NASCAR weekend at Sonoma that also features the NASCAR Sprint Cup Series. It is the first of two road course events for the K&N West this year and the sixth of 14 races on the series schedule for 2014.

Bill McAnally Racing – based about 90 miles from Sonoma in Roseville – has been a big part of the past 12 series events at Sonoma, dating back to 1995. BMR’s best results there came with four entries in the 2010 race – with Paulie Harraka, Brandon Davis, Eric Holmes and Moses Smith finishing second, third, fourth and ninth, respectively. And in their first visit to Sonoma in 2006, BMR rookie teammates Brian Ickler and Peyton Sellers finished second and third, respectively, behind race winner Brian Vickers.

Overall, BMR has had 29 series entries at Sonoma, with 14 different drivers. The team has netted one pole, nine top fives and 16 top 10s on the twisting road course. BMR’s first top 10 finish came in 1997, with car owner and then-driver Bill McAnally coming away with a sixth-place finish. BMR fielded a single car in its first four series events at Sonoma, but has had multiple entries in each of the past eight races.

McReynolds, in the No. 16 NAPA AUTO PARTS Toyota, is in contention for the championship in his first full season in the series. The 23-year-old from Mooresville, North Carolina is fourth in the championship standings – 29 points out of first. He has one pole, three top fives and four top 10s in five series starts this year. He is coming off a career-best fourth-place series finish at Kern County Raceway Park last month.

Custer, who drives select events in the East and West divisions of the K&N Pro Series this year, will be sporting a special promotional paint scheme for NAPA Filters on his No. 00 NAPA Filters/HAAS Automation Toyota. The 16-year-old already has wins in both K&N Pro Series divisions in 2014, taking the victory in the K&N West season opener at Phoenix International Raceway in February and winning the K&N East race at Richmond (Va.) International Raceway in April.

Custer of Ladera Ranch, California is also racing a limited schedule this year in the NASCAR Camping World Truck Series. At Gateway Motorsports Park near St. Louis on Saturday, he became the youngest driver to win a pole in that series and also notched a career-best sixth-place finish.

McReynolds and Custer were among 12 drivers named this year to the NASCAR Next program, which spotlights NASCAR’s rising stars.

Stenhouse – who will be in BMR’s No. 99 Roush Performance Parts entry at Sonoma – is in his second full season of competing in the Sprint Cup Series, driving full-time for Roush Fenway Racing.