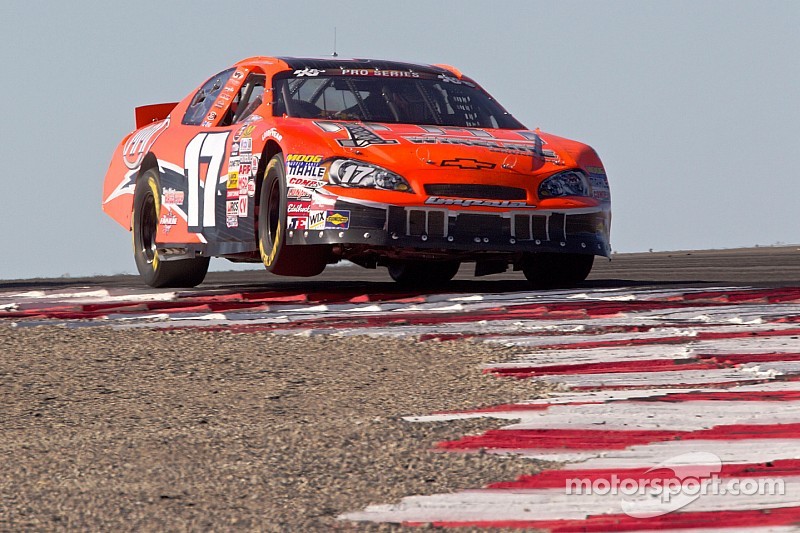 Pursley gives it away late.

After starting on the pole and leading 43 laps of the 50-lap race, Pursley tangled with a lapped car in Turn 1 and fell to fourth. James Bickford, who clinched the Sunoco Rookie of the Year honors by starting the race in his No. 6 Sunrise Ford, inherited the lead but was quickly demoted to second by veteran David Mayhew in the No. 17 MMI Racing Chevrolet. Mayhew led the field all the way to the checkered flag to take his fourth win of the season by 1.022 seconds.

Bickford’s teammate Dylan Lupton, driving the No. 9 Sunrise Ford, got past Bickford for second while Pursley managed to hang on for fourth in his No. 26 GPM Ford. Brandon McReynolds rounded out the top five in his No. 16 NAPA Auto Parts Toyota. Brett Thompson, Taylor Cuzick, Austin Cameron, Zack Huffman and Bill Kann completed the top 10.

The EnergySolutions Utah Grand Prix concludes on Sunday, as the Pirelli GT3 Cup Trophy USA will have their third and final race on the 3.05-mile Outer Course, while the Miller GT Challenge cars tackle the challenging 4.5-mile Full Course.

Adult general admission tickets for the EnergySolutions Utah Grand Prix are priced at $10 for Sunday. Kids 12 and under will be admitted free of charge.

NASCAR on TV: Where to find it this week