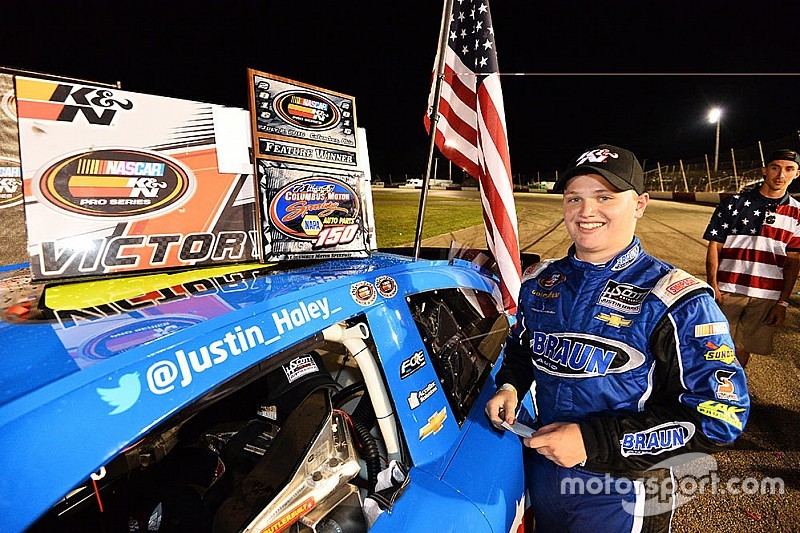 Justin Haley couldn’t pull out a win in the season finale of NASCAR’s K&N Pro Series East but to claim the series’ biggest prize, he didn’t need to.

Haley, 17, needed only to finish 25th or better in Friday’s finale at Dover (Del.) International Speedway to capture his first series championship. He ended up fourth.

Haley entered the race with nearly insurmountable 29-point lead over Kyle Benjamin, who did all he could to make it difficult for Haley by dominating and winning the race. Haley still ended the race with a 22-point margin.

“Congrats to Justin on winning the championship but it’s really cool to get the win here in Dover,” Benjamin said in Victory Lane. Friday’s win was Benjamin’s third of the season with all of them coming in the final five races.

Haley, however, was as consistent as you could be this season, finishing in the top-10 in all 14 races – the only driver to accomplish that feat. He also led the series in top-fives (13).