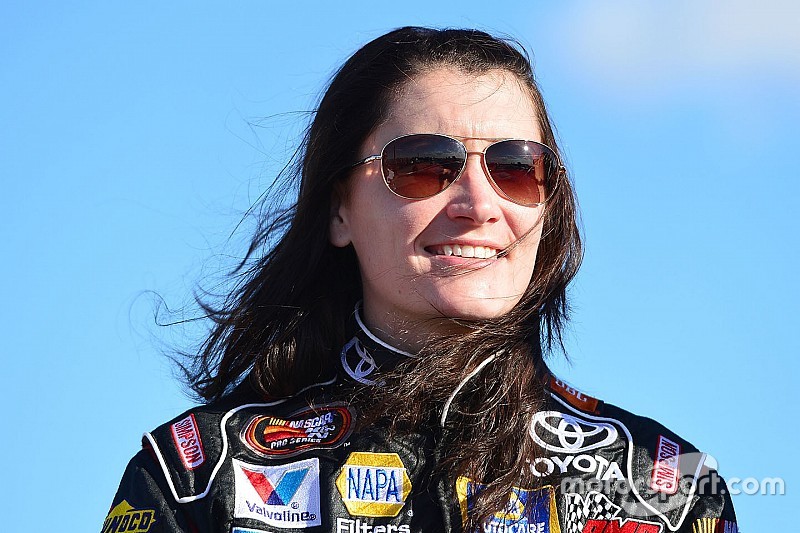 NASCAR Next driver Julia Landauer has been named to Forbes Magazine’s Sports “30 Under 30” list of up-and-coming and aspiring personalities and “game changers” to keep an eye on.

Landauer, 25, was the only race car driver among the 30 members of the Sports list, which included Von Miller and Odell Beckham Jr. from the NFL, Kyrie Irving and Draymond Green from the NBA, Chris Sale from Major League Baseball and Patrick Kane of the NHL.

Forbes’ “30 Under 30”  lists contained 600 people under age 30 from 20 different industries. The honorees were chosen by a panel consisting of reporters, sports legends and former “30 Under 30” honorees.

In 2016, Landauer completed her first full season in the NASCAR K&N Pro Series West and finished fourth in the series standings with 13 top-10 finishes in 14 starts.

After moving to stock cars, Landauer became the first woman to win a NASCAR track championship in the Limited Late Model division at Motor Mile Speedway in Radford, Va., in 2015.

Intermingled with her racing career, Landauer has had numerous professional speaking engagements and was also a participant in the “Survivor: Caramoan” – the 26th season of the popular reality TV show.

In naming its “30 Under 30” lists, Forbes said it was recognizing youth “who are challenging the conventional wisdom and rewriting the rules for the next generation of entrepreneurs, entertainers, educators and more.”

Landauer is one of 11 members – and the only female – of the 2016-17 NASCAR Next class, an industry-wide initiative designed to showcase rising young drivers in NASCAR.