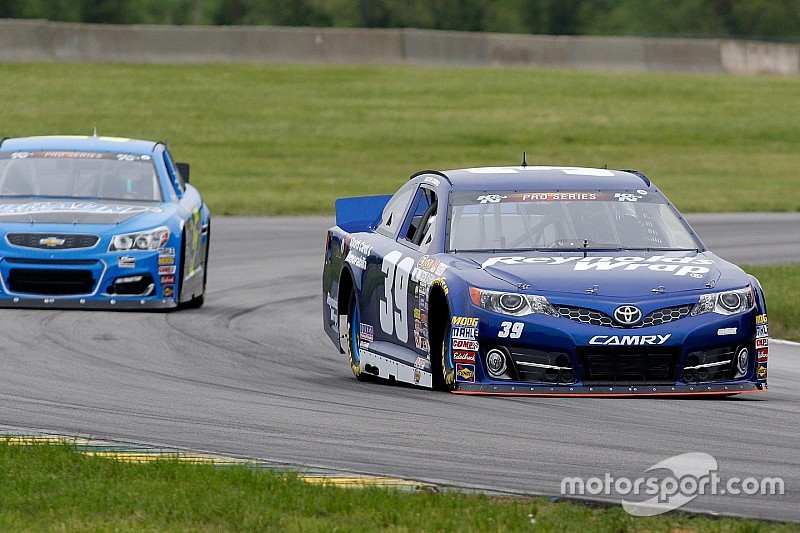 Austin Cindric is fresh off his first NASCAR win but as far as his future home in racing is concerned, that question remains wide-open.

Austin won the pole earlier in the day and led 29 of the 55 laps on the road course giving Martin-McClure Racing its second consecutive win in the series.

“In a perfect world, I would love to drive everything all the time but obviously that’s not going to be the reality,” Austin told Motorsport.com. “At some point, I’m going to have to pick a path and go full-force at it.

“Right now, that’s what I’m doing – trying to find what works, where I can find the best opportunity to have the longest career.”

Austin said he is worried less about what type of race car he is in, but how he can make a career out of racing cars.

“All I know is that I want to make a living out of driving race cars,” he said. “Just give me four wheels, a steering wheel and lot of horsepower.”

At 17, Austin already has a long resume filled with racing accomplishments.

Last season, he earned 11 podium finishes across three different series, including four victories in Global Rally Cross Lites and one in IMSA. He is the youngest winner in the Continental Tire Series (Mosport) and the youngest driver to ever compete in the Bathurst 12 Hour.

Austin got his first taste of NASCAR competition last season, driving two races in the NASCAR Truck Series for the team owned by Team Penske Sprint Cup driver Brad Keselowski. He finished 25th at Martinsville, Va., and 14th at Phoenix. He is scheduled for another start in one of Keselowski’s Trucks in two weeks at Dover, Del.

Venturing from one type of racing to another is nothing new for Austin. Last year, he competed in 28 races across seven different series.

“I’ve even driven two completely different types of cars in the same day. I did a Continental Tire race and then flew up to Detroit and competed in a Global Rally Cross car,” he said. “I’m actually going to do a bit of the same thing before the Dover Truck race.

“We have a test at Lime Rock Speedway in a McLaren. I’m going straight from Lime Rock to drive the truck at Dover. Once I get in the cockpit, I know where I am and what’s expected of me and I know what I need to do as a driver to adjust.”

Despite the obvious connection to the championship Penske organization through his father, Austin said his father would be the first to say it was never his idea for Austin to be a driver.

“He would be much happier if I had gone off and played some basketball in high school and gone through school just like a regular kid,” Austin said. “But he stands behind me just like any dad would with their kid’s passion. I’m very lucky to have that with both my parents.”

So, five years down the road, any hint where Austin sees himself competing on a track?

Austin Cindric to debut with NASCAR K&N team at VIR

Preview Show: Talladega serves as ‘Cutoff A’ in the Round of 12

NASCAR executives detail how sport got back on track in 2020