And although ESPN will not be an official broadcast partner beyond 2014 as FOX and NBC takeover the entire schedule Hall added the move was “totally unrelated to our telecast of NASCAR races.

“We will continue to present the race telecasts at the same high level fans expect from ESPN for the remainder of our final season,” Hall said. ““We will continue to aggressively cover NASCAR across our news platforms, including SportsCenter, ESPN.com and others.” 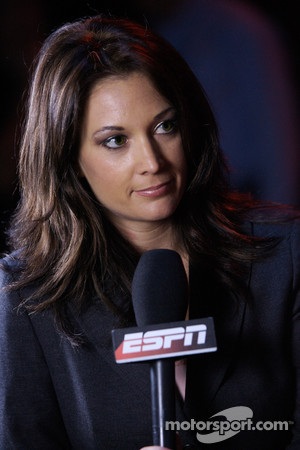 ESPN was well-represented this weekend with Nicole Briscoe offering regular updates from Sonoma. Briscoe, the show's former hostess, and other staffers will have other opportunities within the company.

During the program’s eight year run, it was nominated twice for Sports Emmys under the Best Daily Studio Show category. "NASCAR Now" was the first ESPN show to televise live from the White House in 2009 when Jimmie Johnson won his fourth Sprint Cup title.