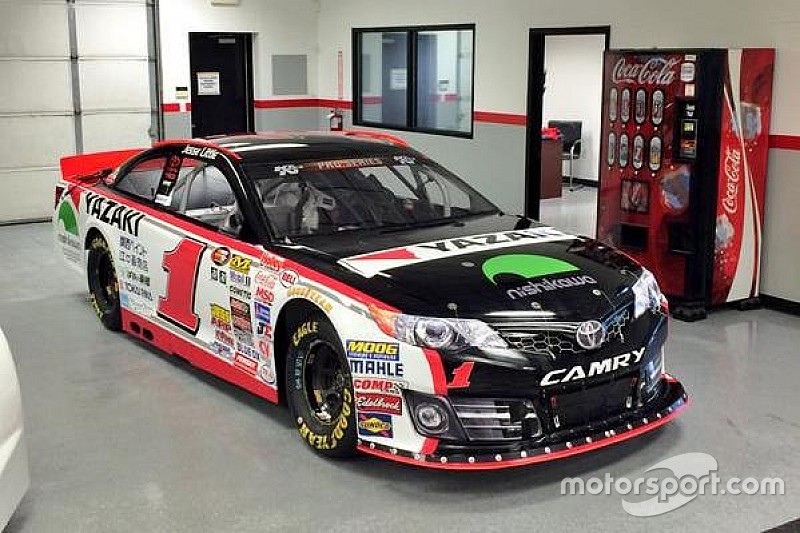 Second-generation NASCAR racer will drive the No. 1 Yazaki Toyota Camry

Jesse Little has signed on with Hattori Racing Enterprises.

Shige Hattori tried his hand at racing in both NASCAR and IndyCar but more recently has turned his sights on the ownership side of the sport.

On Wednesday, Hattori Racing Enterprises announced Jesse Little, 18, will pilot the No. 1 Yazaki Toyota in the K&N Pro Series East race at Iowa Speedway on Friday. The team will participate in the “Get  to Know Newton” community outreach project as part of its initiative.

"Jesse is a talented young driver and we're looking forward to have him drive our HRE No. 1 Yazaki Toyota Camry this weekend at Iowa Speedway," Hattori said. “The Newton community is one of our favorite places to visit and bringing attention to race fans about this great area has always been one of my highlights when coming to Iowa.”

This season, Little has competed in three NKNPSE races. He won the pole at Bristol but electrical issues knocked him out 63 laps into the race. He finished third in his last start at Iowa and 11th earlier this month at Loudon.

"HRE has good equipment, and as a driver at Iowa Speedway I've had a lot of success. It will be an honor to work with veteran crew chief Jamie Jones this weekend to see if we can get our Camry to victory lane," Little said.

Behind the scenes, Hattori provided six students from the Toyota Technical College in Japan the opportunity to work on Little’s car this weekend. After arriving on July 20 — and a whirlwind tour of the NASCAR Hall of Fame, Charlotte Motor Speedway and the NASCAR Technical Institute where they participated in pit crew training along with instruction at the shop — the students will pit the car during the halfway break in the Thanks Kenny 150 on Friday night.

"This has been a great opportunity for the students to not only become immersed in NASCAR, but to visit the United States and experience a different culture" explained Hattori.

"This is the fourth year of this program where we've had college students from Toyota Technical College come to North Carolina and I'm glad that we can provide these students with this unique opportunity and learning experience."