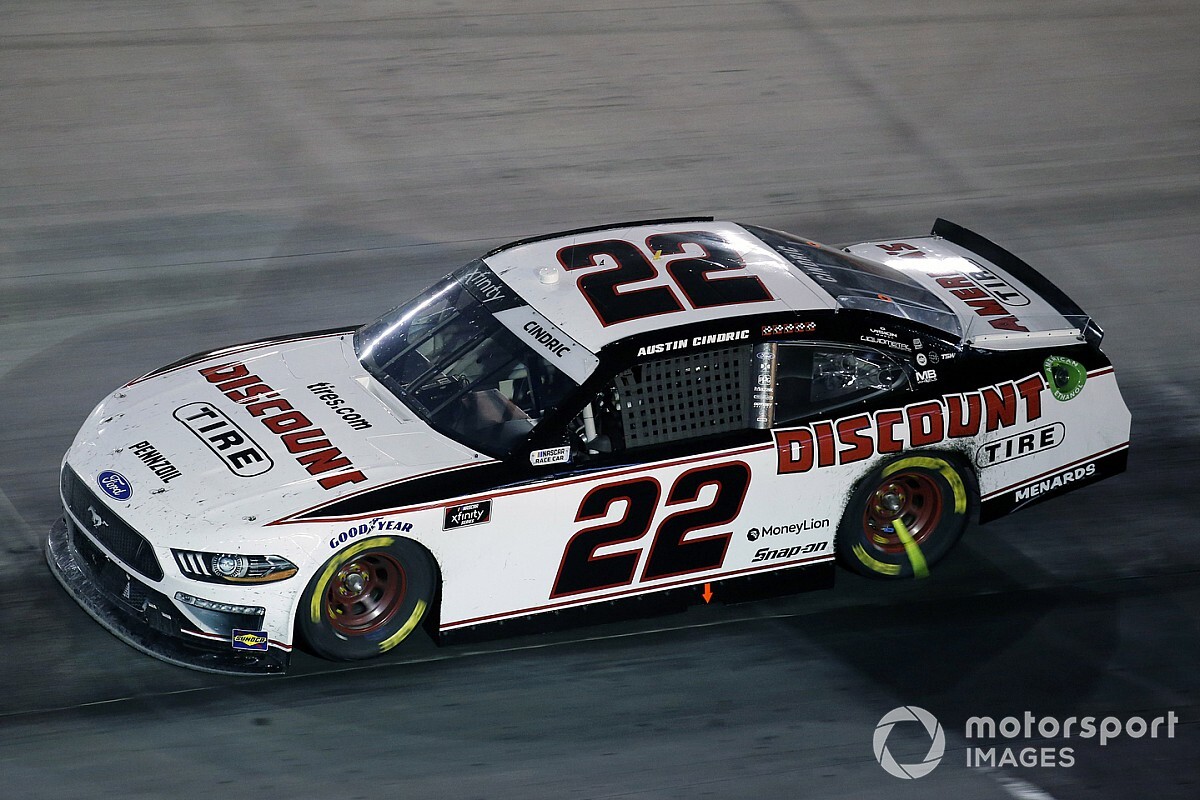 Austin Cindric’s NASCAR career has come far in a short period of time and he plans to take full advantage of the opportunities that have come his way.

Now in his third fulltime season competing in the Xfinity Series, Cindric has already won a career-best five races this year, including his first-ever NASCAR wins on oval tracks, and he also won the series’ regular season title.

He and his No. 22 Team Penske team enter the first race of the 2020 playoffs this weekend at Las Vegas Motor Speedway with an excellent chance of also securing their first championship together.

“I feel like I know what it takes to be fast and to execute races. I feel like that’s something I’ve really worked on the last couple of years in the right racing environment,” Cindric, 22, said. “A lot has changed in a short amount of time for me.

“It’s really been the lore of my career, if you will – drown or swim – getting thrown into situations where if you don’t make it out, you’re probably going to find and do something else. But past that, I’ve been trying to rise to the occasion and learn from whatever bad position I put myself in or bad position I get put in by anyone else.

“That’s been big for me and I feel like personally, mentally, physically, whatever it has taken to rise to the occasion I feel like I’ve been able to do in my career and I feel like this is another stepping stone for that.

“It’s a great opportunity that I have, that my team has to go contend for a championship.”

Until his sweep of the doubleheader at Kentucky Speedway and subsequent win at Texas, Cindric had never won on an oval in any NASCAR series. In the last several years, he’s picked up road course victories in the Xfinity Series, Trucks and K&N Pro Series East (now ARCA East).

Cindric came from a mostly sports car racing background and put it to good use once he ventured into NASCAR. Once he demonstrated he is equally capable on ovals, the potential for this season and his career appeared limitless.

“As far as me personally, I’ve done enough of these races that I feel like to consider myself even a championship contender you’ve got to be good at all types of race tracks,” Cindric said. “I feel like that’s been a strength of our team really the last year-and-a-half.”

Cindric sees the seven-race playoff schedule as one that leans in his favor. There is one road course – the Charlotte Motor Speedway Roval course – and three 1.5-mile intermediate tracks on which Cindric has been particularly strong this year.

Advancing through the playoffs

The first round of Las Vegas, Talladega and the Charlotte Roval almost looks custom-made for Cindric’s title hopes.

“I think Vegas and Charlotte speak for themselves for our group. I think there’s probably more improvement that we need to have at the Roval than there is at Vegas, and that may come as a surprise to some people, but I definitely feel like the Roval has probably been one of our weaker road courses,” he said.

“Vegas, I come with a lot of confidence going into that round with the strength we had there in the spring race and races past. Talladega, I think I’ve been able to finish in the top-five there the last couple times, but there’s nothing guaranteed about that place.

“That’s definitely the biggest fear factor of the first round of the playoffs.”

Alfredo involved in incident during final stage at Kansas

Cindric, Gragson tangle early at Kansas; day over for No. 9

Briscoe after Kansas win: ‘I want to take this car to Phoenix’