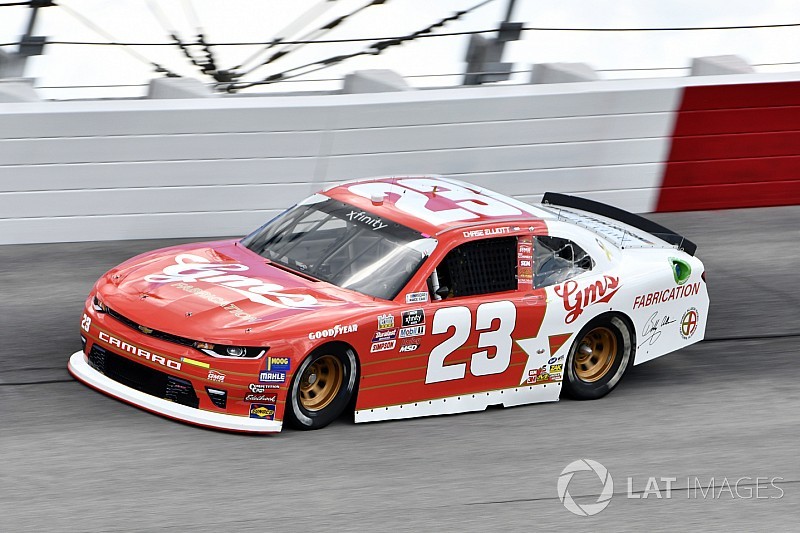 The No. 19 Toyota of Brandon Jones and the No. 23 Chevrolet driven this week by Chase Elliott both failed pre-qualifying inspection multiple times Saturday prior to the Sport Clips 200.

Jones’ No. 19 failed four times which resulted in the following penalties: car chief Joey Elliott was ejected from the track; loss of 10 driver and owner points; Jones must serve a pass-through penalty down pit road after taking the green-flag in Saturday’s Xfinity Series race; loss of pit selection for next week’s race at Indianapolis; and the team will lose 30 minutes of practice at Indianapolis.

A JGR spokesman said the organization had no comment regarding the penalties.

The No. 23 Chevy, entered by GMS Racing, failed pre-qualifying inspection three times on Saturday and the team’s car chief, Adam Ebel, was ejected from the track.