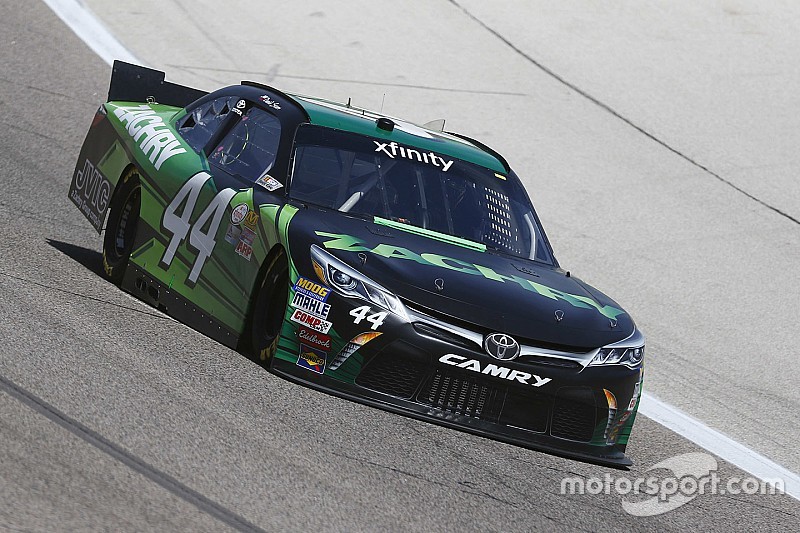 J.J. Yeley will pilot the No. 44 Zachry Toyota in the NASCAR Xfinity Series until further notice. Yeley made his debut in the car last week at Richmond and finished 12th. However, Yeley has piloted the No. 14 TriStar Toyota since Atlanta.

Yeley is looking forward to returning to the No. 44 Zachry Toyota this weekend at Talladega Superspeedway. He earned the pole for this race in 2006. In his last two starts on the 2.66-mile track, Yeley finished seventh in 2014 and a career-best fourth last year.

“Talladega is one of those places that you drive around for hours three and four wide, white knuckled, just waiting for that moment where you can either be put in position to win the race or get caught up in the big one,” Yeley said. “Getting the opportunity to come back and drive the No. 44 Zachary Toyota and try to build on the great finish from Richmond is our team goal.

“Restrictor plate racing is always been the great equalizer. I feel with my experience, along with my Crew Chief Frankie Kerr and the rest of the team, we have our greatest opportunity to win a race and lock ourselves into the Chase for 2016.”

Under the recommendation of Tony Stewart, the Triple Crown USAC champ cut his teeth in stock cars starting at Joe Gibbs Racing in 2004. Yeley, 39, has 254 Sprint Cup, 225 Xfinity and 22 truck starts.

Starr, 48, first drove for TriStar team owner Mark Smith at Daytona in 2014. He made 13 starts with TriStar that season then parlayed the opportunity into a full-time ride last year. Starr finished 16th in the standings. Starr made his NASCAR debut in trucks in 1998. He has four wins in 317 truck starts. Starr also made four Cup and 81 Xfinity Series starts.