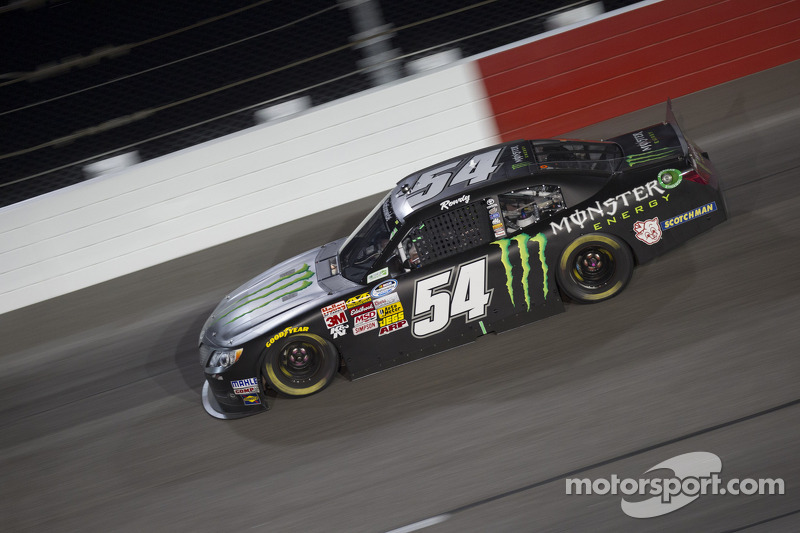 The next race on the Nationwide Series schedule is at Alabama’s Talladega Superspeedway, May 3.

How challenging were the conditions tonight? “It was tough. This tire is just weird. It’s definitely something we’ve never run here before and just seems to not be reacting the way we expected it to. It’s just different. 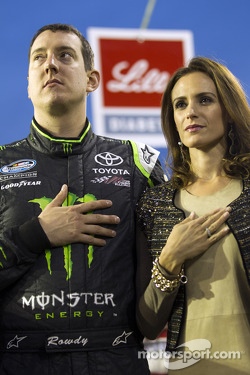 We just had something different to get used to here this weekend in the Nationwide car here especially, but the Cup car I think is going to see the same race tomorrow. The center of the corner gets so slow at the end of the run and you just turn the wheel so much here you just start chewing it up on the inside edge. It just goes away.

All in all, I can’t say enough about Adam Stevens (crew chief) and all the guys on this Monster Energy Camry. We came from a long ways to get a third-place finish tonight so I appreciate that effort and everything they did here tonight. We want to get better here at Richmond. We want to be able to keep up with those guys and win these things. It seemed like the top-two were just in a class of their own -- hard to catch those guys. Seemed like we were the best of the rest.”

How long was this day? “It’s not too bad. We’re used to rain delays and stuff like that -- I am anyways. I guess I’ve been around long enough with all that. It’s a long night. Just ready to go home, not home, but ready to go to the motor home and get some rest and just try to get as much rest as we can tonight and lay around tomorrow as much as I can just to try to get back relaxed and refreshed.”

How strong was the car? “We had a fast car -- this OneMain Financial Toyota was really good tonight. We were king of the road on the long runs. The guys did a good job. We were managing our tires on the first 10 laps of restarts and then we could go and catch these guys. I was really feeling like I was in a good spot -- great pit stops put us third. Spun the tires a little bit and Kyle (Busch) made me three-wide. I think Trevor (Bayne) got in the back of Regan (Smith) and hit him and then he hit me and we all spun. Just lucky nobody hit us. Very frustrating -- this is my home track. I feel like we were in position on the long run and we maybe could have at least ran up there with the 5 (Kevin Harvick) and the 9 (Chase Elliott) a little bit. I’m proud of my guys. This is going to hurt tonight a little bit in the points after going all the way back and coming all the way back up through, but I wanted that top-five real bad. We’ll move on to Talladega next week.”

Could you have caught the top-five with a few more laps? “Two more laps we would have finished fourth -- the 2 (Brian Scott) and the 42 (Kyle Larson) were right there and we were coming. We just ran out of time. I don’t know where everybody else was. I could see the 42 and the 2, but I don’t know how much further the 54 (Kyle Busch) was ahead of him, but we were coming. We were three or four tenths faster than everybody else. Just ran out of time.”

How do you feel after your Nationwide Series debut? “I’m very happy because I felt like I learned a lot. Luckily, I just say that you learn a ton of things. Definitely wasn’t the result I was looking for. Some bad luck happened with the right-front tire, but I feel like we had a top-10 car. We were running pretty decent after that, but difficult to come back. We were getting better and better.”

Was the racing what you expected? “Definitely the racing was difficult and the competition was harder. I think we can get there if we keep learning and to have a race team behind me like Joe Gibbs Racing is just an awesome opportunity to learn as much as possible and try to get competitive.”