Ready for Atlanta, the NASCAR Nationwide Series' teams and drivers are up for the challenge

In a battle that is still too close to determine a favorite and one in which the lead continues to change hands, there is also a lot of swapping of positions among the drivers near the top of the standings. Sam Hornish Jr. saw his narrow advantage over the rest of the field heading into last Friday’s Bristol race shrink further.

Austin Dillon finished third at Bristol, behind race-winner Kyle Busch and Brad Keselowski, to jump from fourth in the standings to second. Hornish’s lead 13-point advantage over Elliott Sadler was reduced to six over Dillon with only 10 races remaining. Sadler, who now sits 11 markers behind Hornish, fell to third.

Indicative of how close the points battle is heading into Atlanta for Friday night’s Great Clips/Grit Chips 300, seven of the drivers in the top 10 saw their positions in the standings change after Bristol. Only Hornish, Brian Scott (seventh; 60 points back) and Parker Kligerman (10th; -105) remain in the same spots. 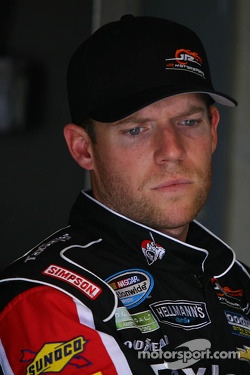 This phenomenon of constant moving around among the top 10 is nothing new as these drivers have bounced around the top of the standings all year long. Among the top-10 drivers, Hornish has experienced the littlest movement staying safely ensconced between first and fourth place in the standings all year. On the flipside, Dillon has bounced between first and seventh for most of the year. Sadler has been as high as second, but as low as 12th, while Smith has ranged from first to 11th in the standings. Allgaier has fluctuated between second and seventh for the majority of the season.

With seven weekends remaining in the 21-consecutive-week stretch of NASCAR Nationwide Series races, drivers continue to jockey for position before their well-deserved two-week break. Due to their past success at Atlanta, four of the top-five drivers hope that the Great Clips/Grit Chips 300 will provide them with a good opportunity to buckle down for the late-season stretch and confirm their place among the championship contenders’ conversation.

Hornish, who holds a six-point edge over Dillon, has only one other series start at Atlanta, which resulted in a 15th-place showing back in 2007. Dillon’s sixth-place finish last year was his only NNS start at Atlanta. In seven starts, Sadler has four top-10 finishes, but those are coupled with finishes of 30th, 37th and 42nd. Allgaier’s last two starts at Atlanta have resulted in fifth- and sixth-places finishes. Through four races, his worst showing was 17th in 2009.

Michael Annett to have surgery, could miss Xfinity playoffs

Busch on last Xfinity race: ‘Never say never, but this is it’

Hemric spins after contact with Kyle Busch at Atlanta

Michael Annett to have surgery, could miss Xfinity playoffs