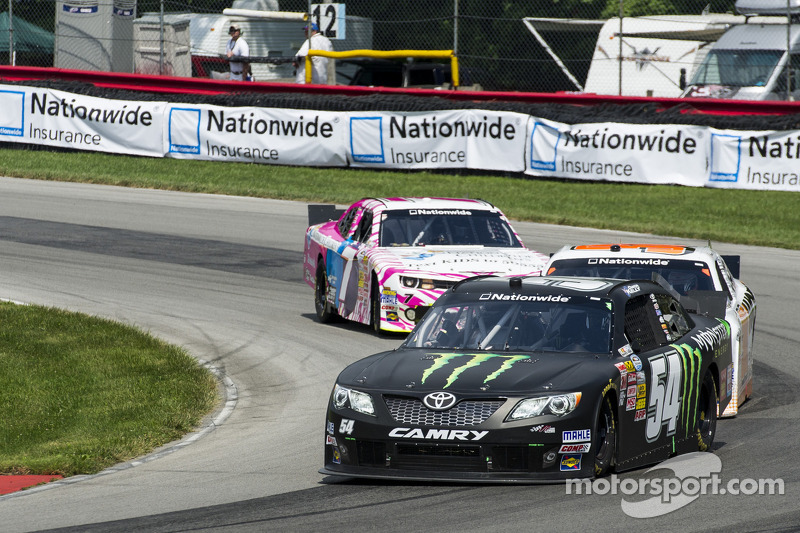 Owen Kelly: “It is disappointing the race ended the way in which it did, but overall we are happy with the weekend."

Australia’s Owen Kelly has run in the top three for much of the Nationwide Children’s Hospital NASCAR Nationwide Series race at the Mid-Ohio Sports Car Course, but ended his race in the #54 Monster Energy Toyota 23rd after late race drama.

Kelly was set for a podium finish amid the action that has become common place in NASCAR road course races before a trip through the gravel trap on the final lap thwarted his charge in the Joe Gibbs Racing prepared machine. 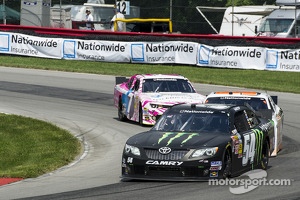 Battling in the top five for the majority of the race, Kelly was fighting with Sam Hornish Jr and Michael McDowell on the Green-White-Checker finish. It was here he experienced his off-track excursion.

AJ Allmendinger took the win after leading 73 of the 90 laps in what became a fuel-determined race, with a number of drivers suffering with a lack of fuel.

In Coors Light Qualifying, Kelly sat on the provisional pole position but was bumped back to third.

It became clear to the Monster Energy JGR team that the 36-year-old Tasmanian had sustained a slow puncture after a metal object entered his Goodyear tire, leaving a two inch scar in the tire during the course of the qualifying session.

Owen Kelly #54 Joe Gibbs Racing Monster Energy Toyota: “It was a fantastic race and great to be competing with those guys at the head of the field,” said Kelly. “I think we showed we had the pace to be genuinely in the top three.

“It is disappointing the race ended the way in which it did, but overall we are happy with the weekend.

“The pace we had on board the Monster Energy Toyota was strong from the time that we pulled the car off the truck at Mid-Ohio and that continued right through the weekend.

“To finish qualifying third despite the slow puncture was a great outcome.

“It has been an amazing couple of weeks and I couldn’t be more thankful to the Joe Gibbs Racing operation for their support.”