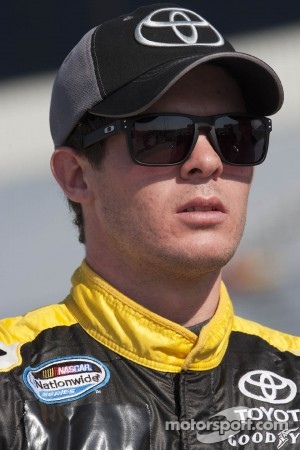 Truex Looks to Slay The Monster... Truex will step back behind the wheel of the No. 99 SeaWatch International/Grime Boss Camry this weekend at Dover International Speedway for the running of the OneMain Financial 200. In his last visit to the Monster Mile, Truex had what seemed to be a perfect weekend on tap. After grabbing his first career Nationwide Series pole, he led 43 laps on his way to a second-place finish.

Familiar Paint Scheme... Truex will step behind the wheel of the No. 99 SeaWatch International/Grime Boss Camry this Saturday afternoon at Dover International Speedway with RAB Racing. This paint scheme is reminiscent of older brother Martin Truex Jr.'s scheme that he raced seven times throughout his Nationwide Series career. Founded in 1978, SeaWatch International is the largest harvester and processor of clam products in the world. The organization operates 34 vessels to harvest the largest offshore clam allocation in the industry, which are processed in Maryland, Delaware, Virginia and Massachusetts.

Ryan Truex Quote: "I can't wait to get to Dover this weekend. If we show up and we're strong in practice and qualifying, there's no reason we can't take the checkered flag. Dover has always been one of my strongest tracks. Martin [Truex Jr.] has taught me tricks over the years, plus I've always wanted to run well there, since it's my hometown race. After June's race, I now know the feel I need in the car and how to run the race to win for sure. I learned a lot in the spring and it'll really help me coming back this time. Plus, I know now not to run into lapped cars with five to go."

What is it like Racing on the Monster Mile? "Dover is one of the tracks where it feels like you're going about 300 miles per hour. I think it's because the walls are so close and the straightaways are so narrow, it's like looking down a funnel from the driver's seat. When you go into the corner your body sinks into the seat unlike anywhere else and you compresses about three inches. So much so, my steering wheel is set lower so I can see over the wheel when I sink."

Scott Zipadelli Quote: "Dover is a great place to race. As a crew chief, you have to get the car comfortable enough for the driver to be able to be rhythmic over a long run. You've got to be consistent as far as hitting your marks lap after lap, but you've also got to have a little something extra so he can get aggressive every once in a while. Consistency is key, that way when the driver sees an opening, he can take it. Qualifying is crucial at Dover. It's going to be important for us to start towards the front. We know that Ryan is fast at Dover, and he's got something he wants to prove after finishing second there in June. We're bringing a strong SeaWatch International/Grime Boss Toyota Camry this weekend, we feel like we've got something we can get excited about."

Kyle Busch and team return to Dover with confidence