Possible changes being discussed for NASCAR Xfinity Series in 2017 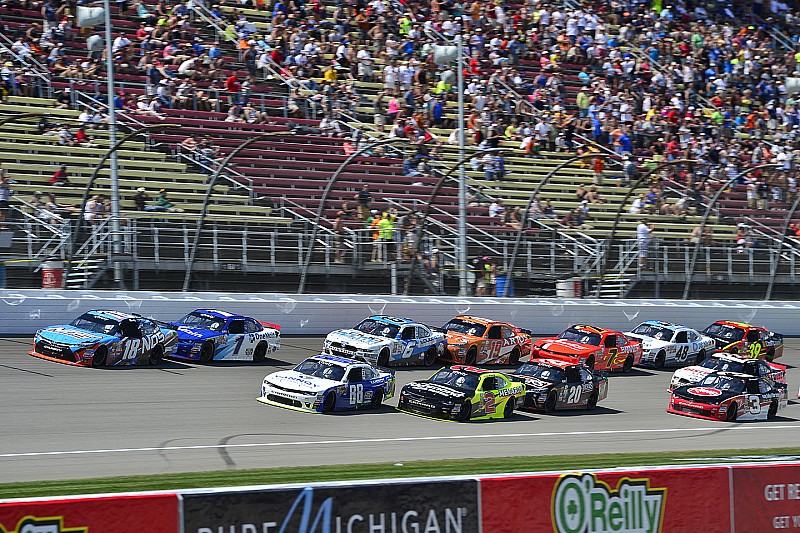 NASCAR met with team managers from the Xfinity Series on Friday to discuss upcoming changes to the tour for 2017.

On the table is a test for early October at Indianapolis Motor Speedway using restrictor plates in an effort to decrease horsepower to the 400 hp range for the 2.5-mile track. NASCAR currently uses restrictor plates at Daytona International Speedway and Talladega Superspeedway.

When Motorsport.com asked Xfinity Series director Wayne Auton whether lowering horsepower on the cars could promote passing, he replied, “It’s a proposed test. There’s no way I could answer that. We’ve been talking to the teams about a lot of different stuff. As you heard, we had a pretty big meeting yesterday in the trailer with a lot of the technical people and a lot of things were discussed, and it’s all about making racing better for the fans and the drivers.”

This year’s Lilly Diabetes 250 at the Brickyard had no on-track passes for the lead. Kyle Busch led all but one lap. He relinquished the lead to Brendan Gaughan after pitting for service under green, then regained it when Gaughan pitted in the same cycle.

Some teams suggested skipping the oval test and transitioning straight to a road course at Indy, but that option does not appear to be a possibility at this time. Teams also talked about streamlining the travel schedule in an effort to lower costs for NASCAR’s secondary series.

Composite bodies in the lower divisions

“That’s one of the conversations we’ve been having with the teams,” Auton added. “We’ll see how the conversations go with everybody and see what road they want to go down. Our K&N Series has done a pretty good job with it.”

Speaking of the K&N Pro Series, popular KNPSW director Kip Childress has been promoted to Assistant Director of the NASCAR Xfinity Series and will serve under Auton. The third-generation official was promoted to K&N Pro Series East director in 2008. Five years later, he was recruited to oversee the West Tour. Childers has more than 25 years' experience in officiating NASCAR.

Hemric will move up to the Xfinity Series in 2017