Patience pays off for Corey Lajoie 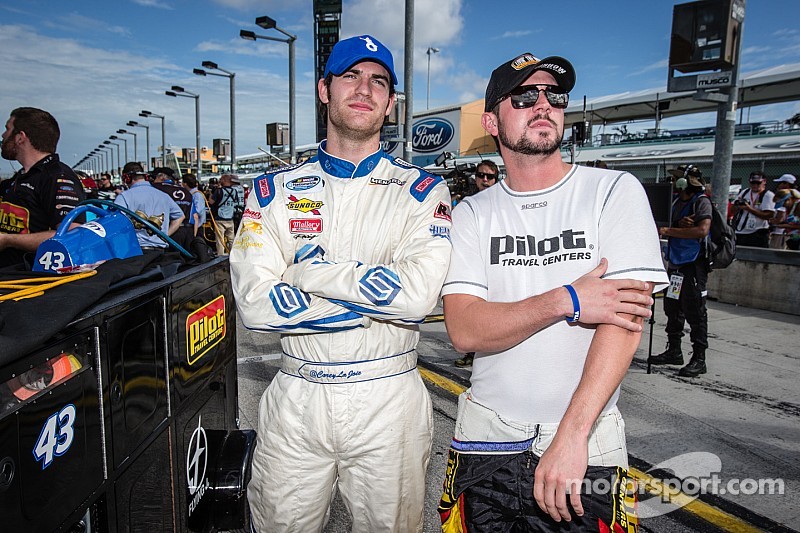 Richard Petty Motorsports development driver will make his second NNS start in No. 98 Ford this weekend.

LaJoie, who turned 23 last Thursday, will compete in the No. 98 Medallion Financial Ford operated by Biagi-DenBenste Racing in the events at Kansas Speedway, Charlotte Motor Speedway, Texas Motor Speedway and Homestead-Miami Speedway.

The RPM development driver made his debut in the No. 98 at Kentucky Speedway in June. He qualified 21st and finished 16th in just his second NNS start.

This is a very good car with good people supporting it.

"I have to thank both RPM and Biagi-DenBenste Racing for giving me the opportunity to put four races together in the Nationwide Series," LaJoie said in the release.  "This is a very good car with good people supporting it.  They are a proven team that is capable of finishing in the top-five.  These races will be another great opportunity to advance my learning curve on the bigger tracks and with cars with more horsepower."

LaJoie has wins in the NASCAR Whelen Southern Modified Series, the K&N Pro Series and the ARCA Racing Series. This season he's competed in all three of NASCAR’s top tours. His best showing was 10th at Bristol. Corey is the son of NASCAR champion Randy LaJoie.

"Corey has shown that he learns very quickly on the track," said Fred Biagi Co-Owner of Biagi-DenBeste Racing. "Our first race together we finished 15th in only his second Nationwide Series start.  We feel that we can compete in the Top-10 and Top-Five in these four races with Corey and that's our goal."

Elliott keeps the points coming; championship is his to lose