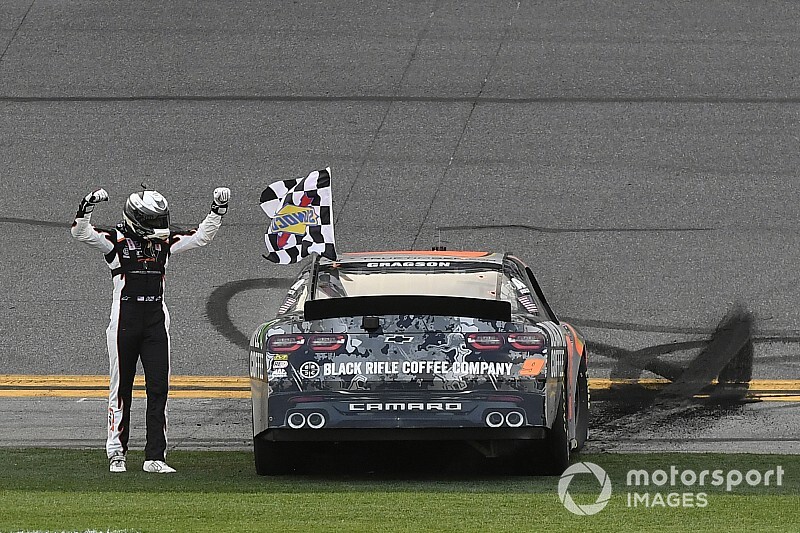 The 2020 NASCAR Xfinity Series season is off to a rousing start for Noah Gragson but the biggest party may be yet to come.

Gragson, 21, earned his first career series win last weekend in the season opener at Daytona International Speedway, joining a distinguished list of JR Motorsports drivers who have together won the event seven times.

If that wasn’t a confidence builder enough, thanks to a change in the 2020 schedule, the series’ next stop this weekend is at Las Vegas, Gragson’s hometown, and where he has found much success in his racing career.

“It’s huge. It’s huge not only going to Vegas but to be able to spend quality time with my family and get the win here early on in the season, first race of the year,” Gragson said. “We're locked into the playoffs.

“We’ve got five playoff points and some good points throughout the race. We scored points in all three of the stages (of the race). I’m really proud of this team.

“I’m really proud to be able to go back to Vegas. I’ve got some friends and family there. I’m going to spend some quality time with my family and try and get prepared.”

Gragson has made two series starts at Las Vegas, earning one top-five (third in this race last season) and two top-10 finishes. His average finish at Vegas is 4.5 – series-best among drivers entered in this weekend’s race.

After struggling through a difficult first fulltime season in the Xfinity Series last year, Gragson put in extra effort – both on the track and off – in preparation for his second season.

Even before his reached Victory Lane, his crew chief, Dave Elenz, lauded his driver’s performance in the event during an in-race interview from the team’s pit box.

“The time is now; the opportunity is now. I just need to execute here this year, and it’s a big year for me. I have a once-in-a-lifetime opportunity to try and be the best I can be,” he said.

“If I feel like I can do everything possible to make me better and lay my head down at night, then I’ll be satisfied regardless of the results.”

Gragson has had a solid NASCAR career thus far but with several top-level rides available next season in the Cup Series, a strong sophomore season in Xfinity could determine whether his name enters those conversations.

“He’s very young, and I was disappointed with last year, and I think he was, too, and we certainly had had a lot of success with Dave and that program, but it just was a tough year for whatever reason.

“This year will have its ups and downs just like they all do, and we'll work with Noah to try to give him the best opportunity to succeed.”