Noah Gragson is not backing down from blowback to his fiery post-race comments after a disappointing end to Saturday's NASCAR Xfinity Series race.

Gragson, 22, was just a couple laps away from victory at Homestead-Miami Speedway when he slammed into the back of David Starr, who apparently had a right front tire coming apart.

He finished 33rd. After being released from the infield care center, he told Fox Sports 1: "What are you going to do, you got dipshits in the way every single week. It's a shame, we've dominated the last three races including this race and had stuff like this happens.

"Definitely a bummer. They know who won this race, based off speed the last three times we’ve been here ... There’s only one thing we know how to do and that’s rebound."

The comments led to some criticism on social media, and the Xfinity Series driver was not shy about defending himself. Race fans, Youtubers, other drivers and teams all made their opinions known as the online back-and-forth continued into the new week.

Starr's team owner Carl Long did not mince words, calling Gragson an "over entitled mouthpiece who did not have enough talent to miss our wreck" in a post to Facebook.

During this week's episode of the Dale Jr. Download, Gragson's team owner Dale Earnhardt Jr. addressed the issue. Ultimately, he hopes the two parties can find some common ground and voiced his support for what Starr and team owner Carl Long are trying do with limited resources.

"Theres a part of me that doesn't want to restrain Noah at all," Earnhardt also admitted. He doesn't want to 'helicopter owner' and wants to let his young driver deal with the situation himself. He did say that guys such as Long and Starr "deserve a little respect."

Would you do anything differently?

On Thursday, a defiant Gragson spoke with the media and seems to have no intentions of backing down. In fact, he expressed his hope that teams like Long's show a bit more respect to the race leader in the future. 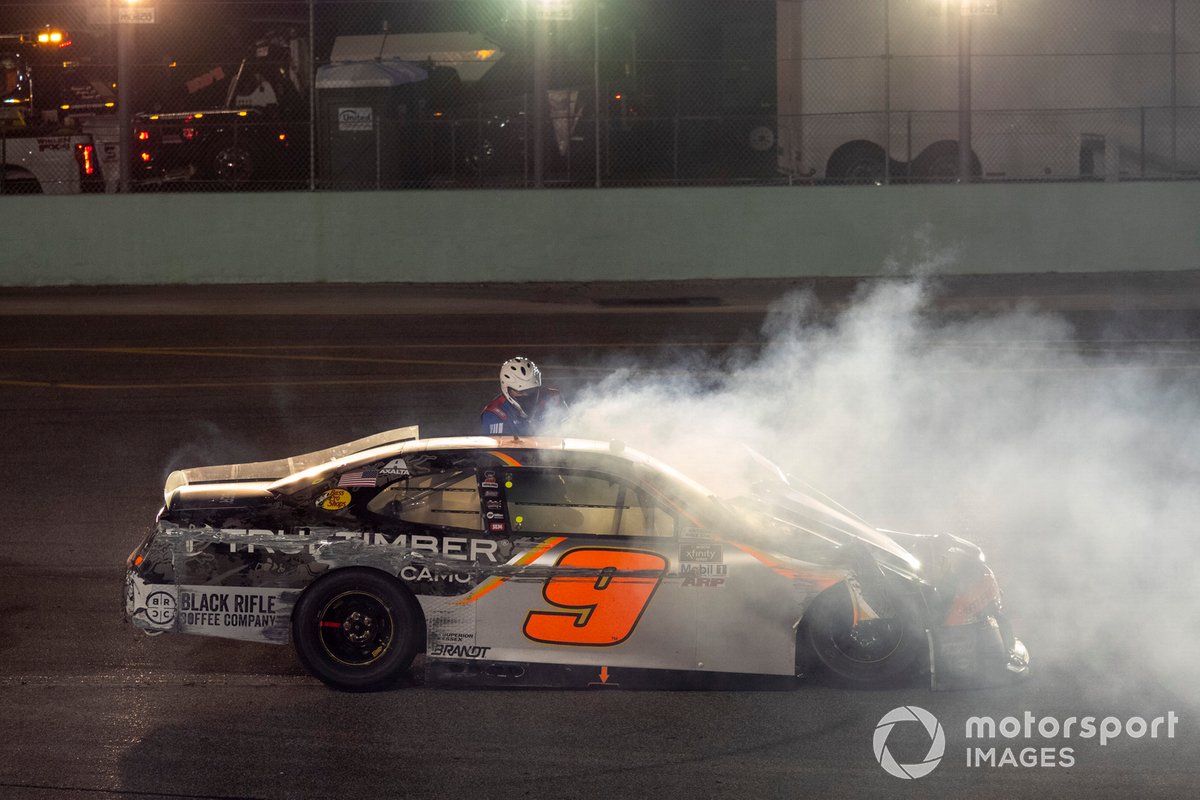 He is of the opinion that any attention, positive or negative, is good for a driver and their brand.

"My biggest focus is to be a race car driver and get people talking about me," said Gragson.

"(We) got a lot of people talking, good and bad, and that just gets my name out there even more, so I'm going to stick to what I'm doing."

Gragson sees no reason to change his fiery personality and is adamant that this won't be a distraction as he fights for race wins and a spot in the 2021 playoffs.

As the social media storm raged on, Fox Sports lead commentator Mike joy posted the following tweet Wednesday, which received quite a bit of attention.

Gragson addressed that as well, saying, "I don't have an issue with Mike Joy. Everyone has their own opinion and I'm fine with that. I have my own opinion too, so I don't have a problem with what Mike tweeted. But if people are talking about me, then I'm doing my job. I'm doing a good job ... There's people who like me, there's people who hate me. You're going to have that and does it bother me? Not a bit."

The JR Motorsports driver now heads home to Las Vegas for the fourth round of the 2021 season, and if Thursday's media availability is any indication, he will be one to watch on the track Saturday.