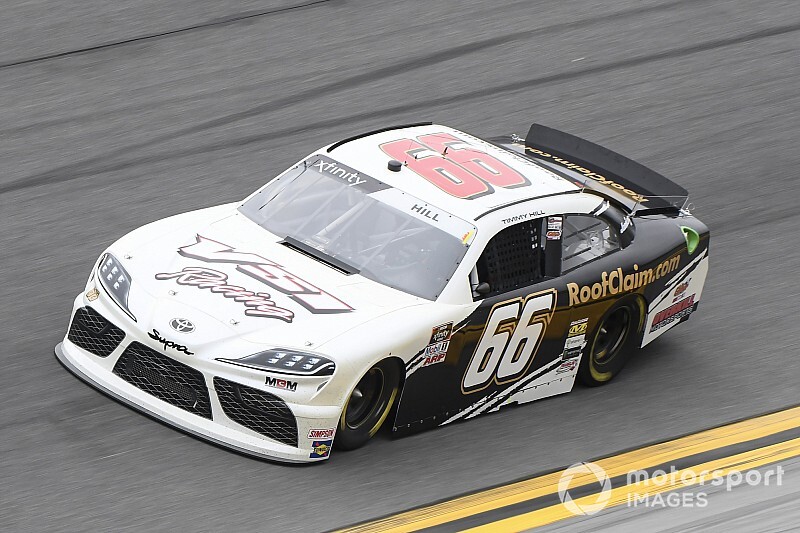 The Xfinity Series has produced NASCAR’s first big penalty of the 2020 season.

Prior to qualifying on Saturday at Daytona International Speedway, NASCAR assessed an L2 penalty to MBM Racing’s No. 66 Toyota team and driver Timmy Hill for manipulating the bodywork of the nose of its car.

Crew chief Sebastion Laforge was immediately suspended for six weeks and ejected from the garage for the remainder of the weekend.

The team has also been fined $50,000 and docked 75 points from the owner standings. Hill did not receive a driver points penalty because he is not earning points in the Xfinity Series (he declared for Trucks).

Hill was allowed to qualify after his team changed the nose of the car and he will start Saturday afternoon’s race 26th.