Ryan Preece: “If you want it bad enough, you’ll find a way" 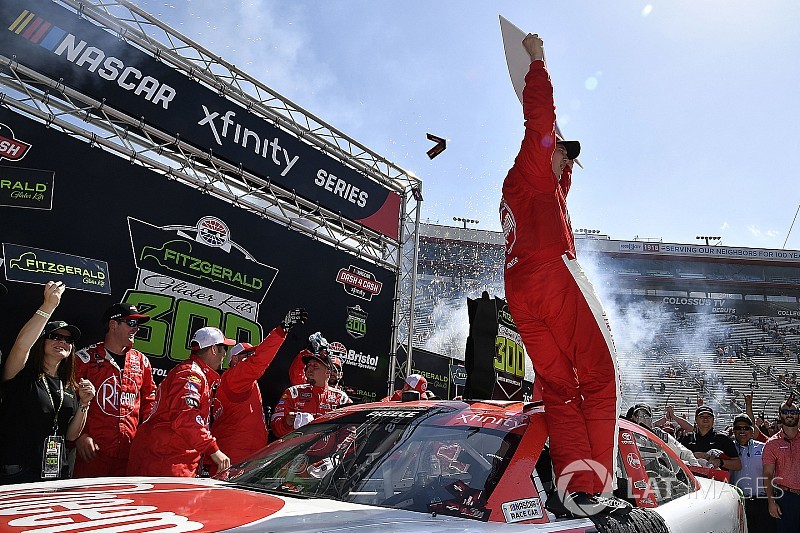 Yet, when his partial schedule with JGR is completed later this year, he still isn’t certain of his NASCAR future.

What is absolutely certain: Whatever lies ahead, Preece plans to make sure he will not be the cause of any failure.

The former modified champion has done everything he possibly can – including borrowing money from friends – to give him the opportunity to showcase his driving talent with one of NASCAR’s top organizations.

His most recent Xfinity victory came Saturday at Bristol (Tenn.) Motor Speedway, which also included a $100,000 Dash4Cash bonus – just in time to help pay off some debt.

“I take every week, every race as its own race and it’s a chance to build a future for myself. Where I’m going to be in October or after this win, I don’t have a clue,” Preece, 27, said Saturday after his win.

“I’m going to do everything I can to win and make sure that I’m not the weak link.”

So far, since he began running with JGR on a part-time basis last season, Preece has been anything but weak.

He bet everything he had – literally – on himself for a chance and it would be hard-pressed for anyone to claim he hasn’t delivered.

“I’m 27 years old and I’m not getting any younger. I’m looking for opportunities. We did it last year at Iowa and now we did it here at Bristol,” Preece said. “I hope I don’t get labeled as a short track racer, I want to win on mile-and-a-halves soon.

“Nothing beats winning. That’s what I told somebody earlier. They asked me what was the most exciting thing, and I said, ‘Winning.’ I hate losing more than winning.”

Even with his success, there are no guarantees for Preece.

In motorsports, particularly in NASCAR, a driver’s future depends on main things – talent, fitting in with the right organization, a good relationship with a crew chief and perhaps most importantly, sponsorship dollars.

Preece could have all of those attributes and still come up short because of the last one.

Even so, that’s unlikely to curtail his future in racing … something. He’s already earned two Modified victories this season.

“I’m going to stay for the debrief on Monday (at JGR); I’m going to do all my obligations and when I fly home Monday night or Tuesday morning, I will go to work just like everybody else,” Preece said. “I’m going to go work on race cars, which is a dream come true, but I’m going to get my hands dirty. I’m not going to be sitting around.

“I like to make my own way through in life. Would I advise somebody to do what I did? Probably not, but it was the only way I was going to get the chance. I wanted that chance and it all worked out.

“If you want it bad enough, you’ll find a way.”

Five things to watch in Friday's Xfinity race at Richmond