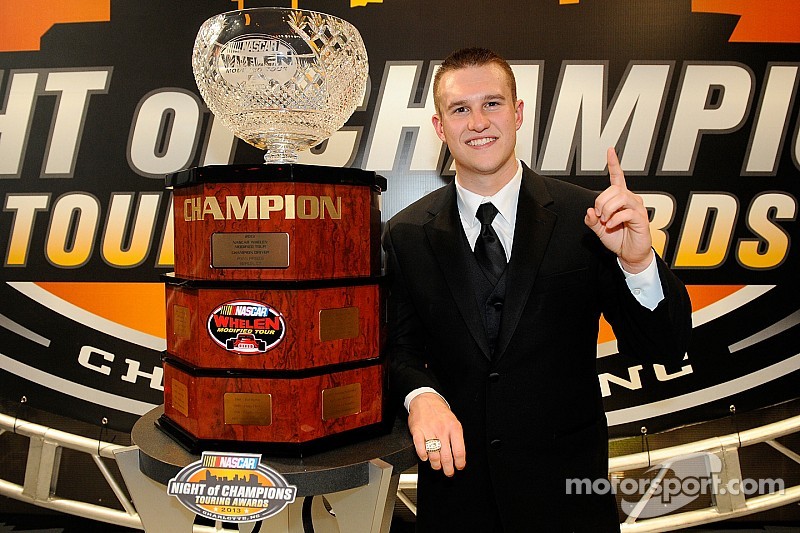 Modified Champ gets another shot at the Magic Mile

Ryan Preece was all smiles as he boarded the plane for Charlotte, North Carolina.

The 23-year-old racer from Kensington, Conn. was en route to Tommy Baldwin Racing to have his seat fitted for this weekend’s Sta-Green 200 Nationwide Series race at New Hampshire Motor Speedway.

Although Preece aspires to move up the NASCAR ladder, it was the talent the defended champion of the Whelen Modified Tour displayed in the open wheel cars that initially caught Baldwin’s eye. Baldwin honed his skills working on his father Tom’s Modifieds throughout the Northeast until moving south to pursue a career in stock cars.

Preece credits their mutual love of Modifieds with Baldwin providing him with this opportunity.

“It’s a big deal,” Preece said. “Tommy is from my part of the country and he comes from Modifieds, so he gets it - 100 percent. For kids coming from the Northeast, you really don’t see the opportunities that existed back in the 90s. But this is one of those opportunities.

“Hopefully, a miracle can happen – or everything will line up just right and we can have a really good day.”

Preece will pull double duty at his home track on Saturday. He will make his 100th career Modified start this weekend. Although he’s rolled off twice from the front out in the last 15 races at Loudon, Preece is still looking for his first win at the one mile track.

“I’ve finished third three times there,” Preece said. “I’ve run really well there but it’s definitely an interesting track. It’s a little bit different for the Modifieds, a lot different than running a Nationwide car, but it’s going to be fun.”

In last year’s NNS race, Preece qualified 27th but finished 24th following a few growing pains. Preece said the biggest lesson he learned was that the Nationwide Series cars “drive a lot like a Modified” particularly the feel and response to adjustments on the car.

“The guys I’m working with there in the Nationwide Series, are all guys that are pretty much from the Northeast and from Modified racing. Last year, they were conservative and I was a little bit conservative trying to get as much seat time as I could. I have a little more seat time so. I think we’re going to be better. We’ve been going over notes from last year trying to stay one step ahead.”

Although Baldwin is not running the No. 8 East West Marine Chevy full-time on the Nationwide Tour this season, he‘s confident that the Zach McGowan-led team’s investment in rebuilding the car over the last three months will pay dividends on Saturday. And with Preece’s potential, Baldwin feels there’s a lot of blue sky ahead for the young racer.

“He did a really good job in the Nationwide car,” Baldwin said. “He made a couple of rookie mistakes getting on and off pit road, but then he ran in the top 12 to 15th all day. With the experience he got in last year’s race I think he will do a pretty good job on Saturday.”

“I wish we could find a little bit of money to showcase Ryan’s talent. We really think he’s worth the investment.”