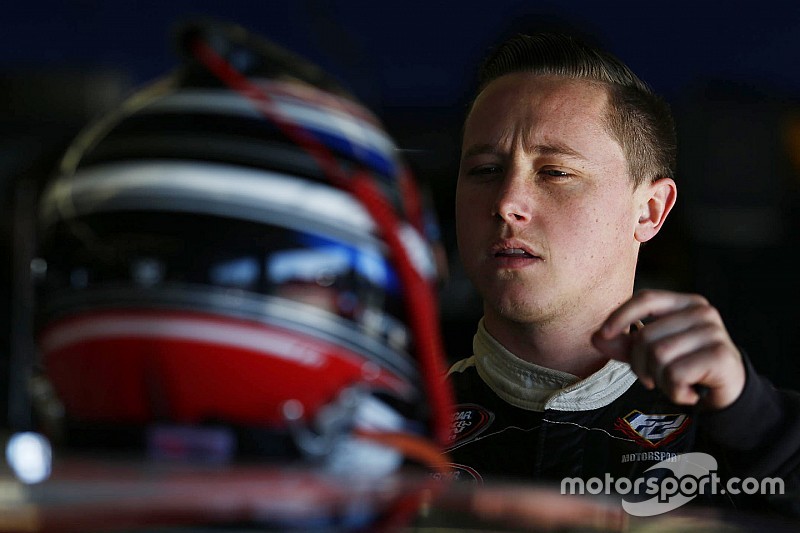 NASCAR Next driver Dylan Lupton has signed on with RSS Racing to drive the No. 93 Chevy in the next three Xfinity Series races.

Lupton will make his debut with the Ryan Sieg-owned team starting on Saturday in the Boyd Gaming at Las Vegas Motor Speedway.

“I’m incredibly thankful for this opportunity to partner with RSS Racing,” Lupton said. “I met with the Sieg family on several occasions last year and we’ve been working ever since to partner for some races. Hopefully, we can do well on this three race stretch and do more this season.”

Lupton ran a limited schedule of eight races for Athenian Motorsports in NXS last season. His best finish in the NO. 25 Chevy was ninth at Mid-Ohio. Prior to this Xfinity Series debut, Lupton competed i the K&N Pro Series West tour, where he finished fifth and second in the 2013 and 2014 standings, respectively. The Wilton, Calif. native posted wins at Evergreen (Wash.) Speedway and Kern County Raceway Park in Bakersfield, Cal.

“Having Mike (Ford) with us during this stretch should be very beneficial,” Lupton added. “Mike and I worked together last season, so we are very comfortable with each other and he knows what I’m looking for in a racecar. We know that performance is going to be important for these three races and I feel like with Mike’s addition, our chances are as good as any to meet our goals.”

UPDATE: Lutpon will not compete at Las Vegas

From press release - A corrective technical glitch that would have left Lupton with no practice before his Las Vegas (Nev.) Motor Speedway debut in Saturday’s Boyd Gaming 300, a joint decision has been made between RSS Racing and Lupton to withdraw him from competition and concentrate on next Saturday’s XFINITY Series Axalta Faster. Tougher. Brighter 200 race at Phoenix (Ariz.) International Raceway.

“While I’m disappointed that I won’t be competing in Saturday’s XFINITY race at Las Vegas, everything happens for a reason,”Lupton said. “I want to thank RSS Racing for their support and hard work today at Las Vegas and we’ve already turned our attention to Phoenix next weekend and Auto Club after that. I want to thank the fans for all their support and I’ll be back at the racetrack Saturday to support my RSS Racing teammate Ryan Sieg.”